Doctor Who: The Paradise of Death, by Barry Letts – reviewed 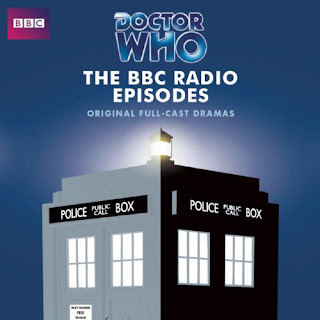 It’s odd to hear the Doctor talking about capitalism, TV addicts, unemployment and the dole, but then the third Doctor, star of this five-part story, always stood out from the rest. He’s joined here by the Brigadier and Sarah Jane Smith, and given that we lost both actors so recently it was lovely to hear Nicholas Courtney and Elisabeth Sladen performing with Jon Pertwee in what was to me a brand new adventure (it was originally broadcast on Radio 5 in 1993). The Doctor and UNIT, soon after the affair of the dinosaur invasion, investigate a new tourist attraction, Space World, which features alien animals and ER – not just virtual reality, but experienced reality (think the tapes in Strange Days). The action soon follows space stowaway Sarah Jane to Parakon, a world where hoity-toity types live the high life thanks to the miracle plant rapine. A kindly President (played by Maurice Denham!) is being manipulated, revolution is brewing, and of course the Doctor and his friends get stuck in.

I wish I could say the story was as good as these beloved actors deserved. It wasn’t, quite, but that didn’t affect my enjoyment of it too much. Barry Letts’ script is notably waspish, seemingly full of bourgeois spite for both the effete upper classes – embarrassing new companion Jeremy Fitzoliver, for one – and the “lower lower class morons”. Episode two features one of the silliest resolutions to a cliffhanger this side of King of the Rocket Men: the Doctor simply jumps up from the autopsy table after being killed by a 200 foot fall. “Dead? Oh was I?” he asks. “Yes, well clearly I’m not now.” (Funny that the third and tenth Doctors could survive such falls, but not the fourth – put it down to entropy.) The sound effect that introduces the ER tapes is intensely irritating. But I can forgive a story a great deal if it puts the Doctor in a gladiatorial arena and the Brigadier at the head of a revolution. The overall effect is of a typical late Pertwee-era story given a Flash Gordon budget.

This story comes in an excellent box set, Doctor Who: The BBC Radio Episodes, which contains another three Sarah Jane stories – The Pescatons, The Ghosts of N-Space and Exploration Earth – as well as Slipback, starring Colin Baker and Nicola Bryant, and Whatever Happened to... Susan? starring Jane Asher as the Doctor’s granddaughter.

. This review first appeared in the BFS Journal #3.
Posted by Stephen Theaker