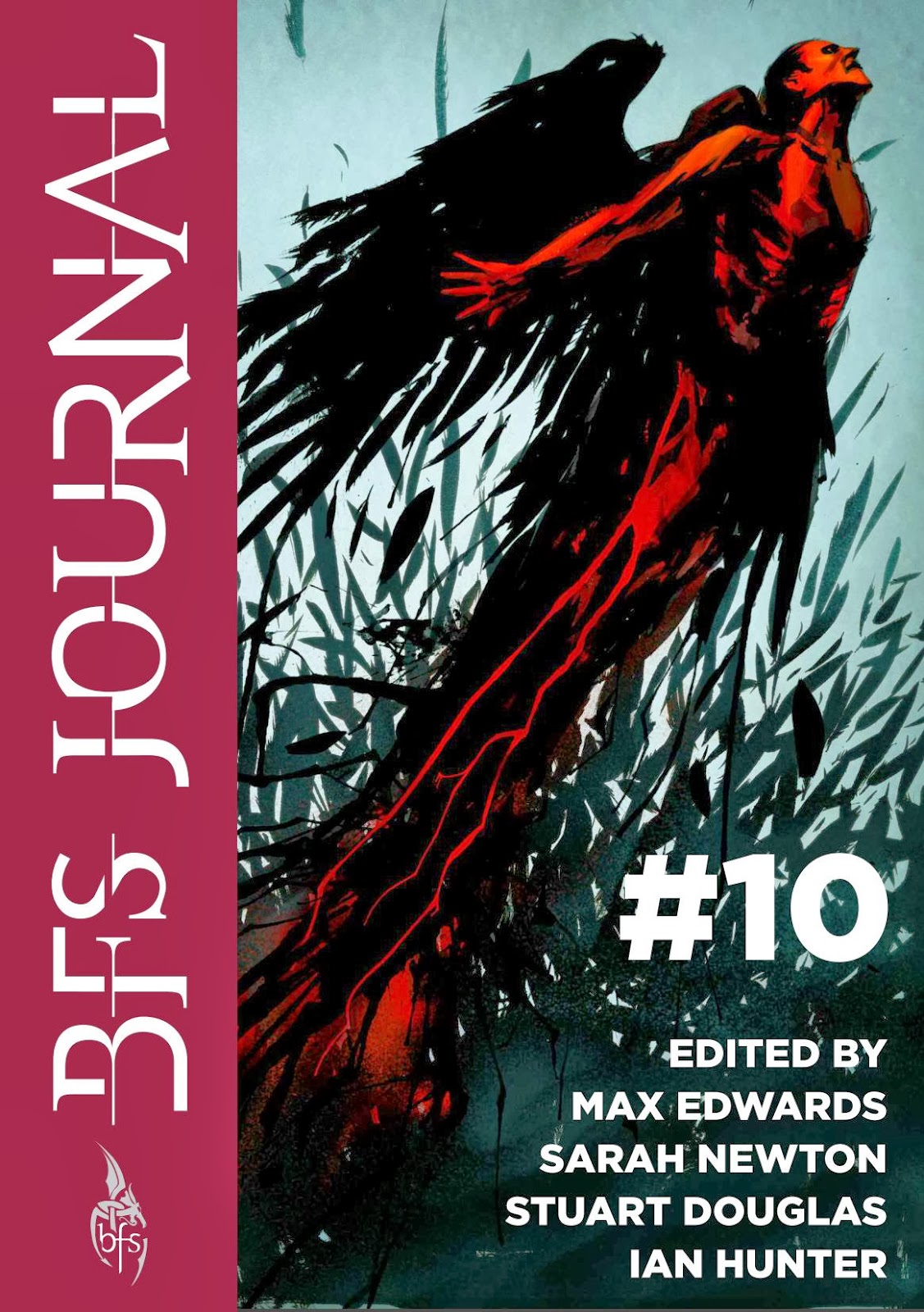 During January I helped out on organising and typesetting #10 of the BFS Journal. It’s one hundred and sixty-eight pages of fantasy fun, weirdness and even a dash of controversy, edited by Max Edwards, Sarah Newton, Stuart Douglas and Ian Hunter.

The cover art, originally from Blood and Feathers: Rebellion by Lou Morgan, is by Pye Parr, who is interviewed by Cavan Scott about his work on that and other books.

BFS periodicals aren’t generally available to non-members. However, we ordered 25 spares and they will be sent out to new members and renewals as long as stocks last, along with two BFS exclusive hardback anthologies, The Burning Circus and Unexpected Journeys, edited by Johnny Mains and Juliet McKenna respectively. Contributors to those books include Kate Elliott, Stephen Volk, Muriel Gray and Adam Nevill. Join here.
Posted by Stephen Theaker