Guardians of the Galaxy / review by Stephen Theaker 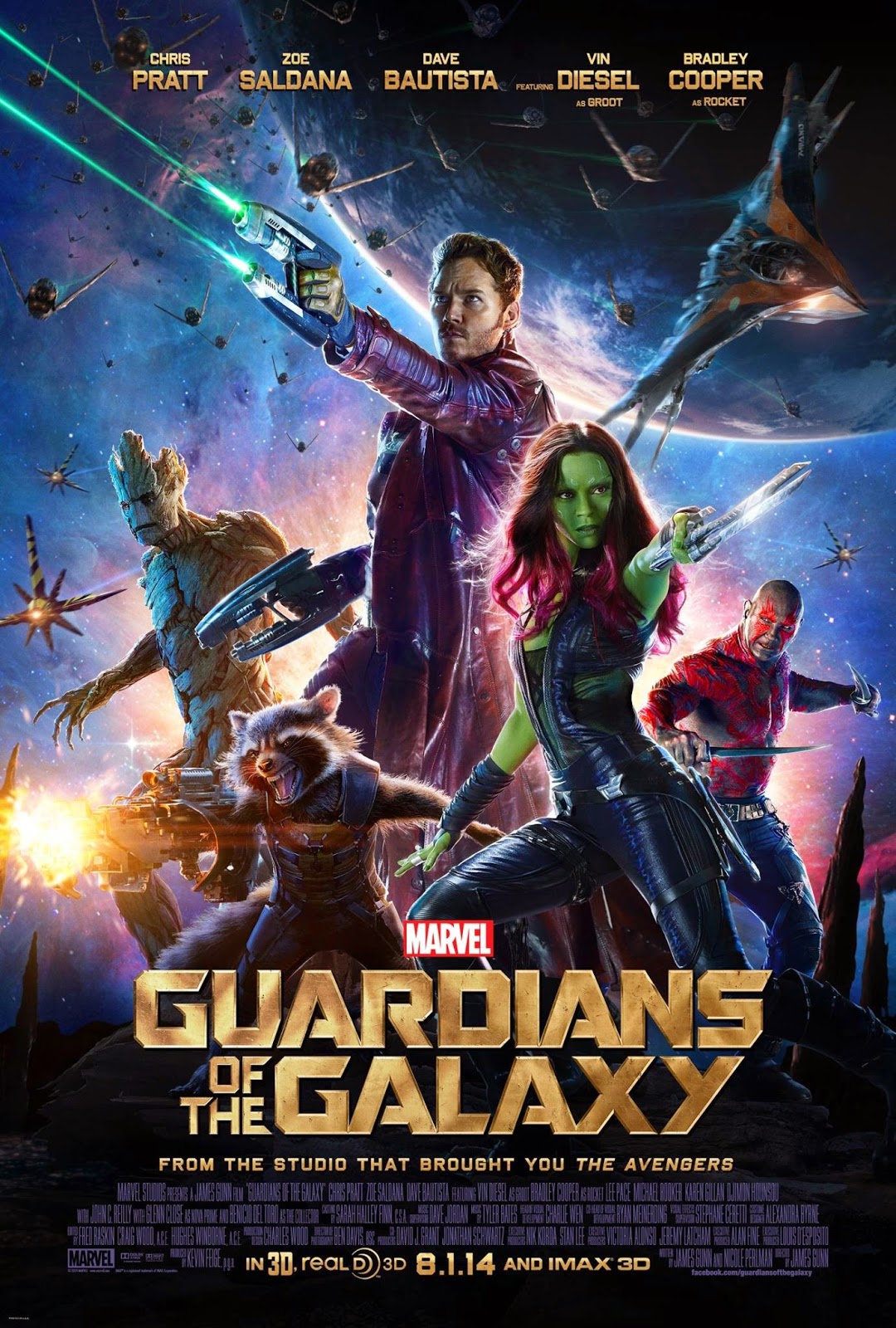 Guardians of the Galaxy (Marvel, 121 mins), directed and co-written by James Gunn, begins with a boy, Peter Quill, saying goodbye to his dying mother. Running in tears from the hospital he is abducted by aliens. It’s the beginning of a life of adventure, and that’s where we meet him next, a couple of decades later. He’s a dumbcracking rascal, going by the name of Star-Lord, on the trail of an ancient relic. So are Yondu Udonta (a merc, his former boss), Ronan the Accuser, and Nebula and Gamora (the adopted daughters of Thanos). And Star-Lord has two bounty hunters on his own tail: tree-like Groot and Rocket, a cybernetically-enhanced raccoon. After causing a scene on a peaceful planet, Star-Lord, Rocket, Groot and Gamora end up in space prison, where they meet Drax the Destroyer, an implacable enemy of Thanos. At first, the five seem to have little in common, but they will become… the Guardians of the Galaxy!

The original Guardians of the Galaxy stories were set in the 31st century; this film adapts the short-lived Abnett and Lanning series about a present-day group that nicked the name – though the film leaves out Quasar, Mantis and Adam Warlock, and reduces Cosmo the psychic space dog to a non-speaking role. If none of those names mean anything to you, it might seem strange that such a little-known comic has made it to cinemas ahead of, say, the Flash, the Teen Titans, or Wonder Woman, and it is strange, but this isn’t a second-string film. The special effects are spectacular, both big (giant spaceships in battle) and small (Groot’s glowy spores). The cast plays it with gusto, but they hold tight to the hearts of their characters. The use of music is inspired: Star-Lord’s prize possession is a mixtape made by his mum in the eighties, and classic (and some not-so-classic) tracks are dropped into the film at the perfect times. And it has a post-credits scene that left me gobsmacked. Wish I could watch a film like this every week.  ****
Posted by Stephen Theaker