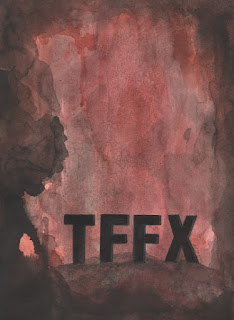 Our similarly-abbreviated chums over at The Future Fire are planning a special anniversary anthology, The Future Fire 10 (TFFX for short), to celebrate the tenth year since they began publishing. It will feature reprints of some of their best material to date and new material to match, plus illustrations of a similar standard.

Because they have the funny idea that it's nice to pay contributors rather than extracting their publishing rights in late-night games of Cluedo or keeping them shackled in the dungeons until their writing hands have wilted, they are running a crowdfunding project at http://igg.me/at/tffx.

The stretch goals include increased pay for their forthcoming horror anthology, Fae Visions of the Mediterranean, and increased pay for magazine contributors for twelve months. (They'll give the small press a good name if they aren't careful.)

You can pre-order the anthology, or pick up ebook or paperback copies of their previous and forthcoming books, plus other perks like story critiques, custom art, and personalised knitted undead dolls. For just $12 you can get the ebooks of TFFX and The Lowest Heaven (from Jurassic London), which is a definite bargain.

Here's the link again. Click it!
Posted by Stephen Theaker