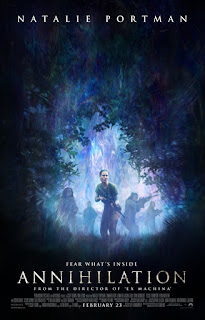 The term ‘New Weird’ became popular in the first few years of this century, but has not been universally accepted. Nor is it clear whether New Weird denotes a new genre, related to but distinct from the (Old) Weird, or simply the way in which new authors have breathed fresh life into the old genre. S.T. Joshi, the critical authority on the Weird, has little time for the term and refers to the ‘modern weird tale’ instead (publishing a book with that title in 2001). Joshi defines the Weird as a retrospective category of speculative fiction, published from 1880 to 1940, that is essentially philosophical in virtue of representing a fully-fledged and fleshed-out world view. He regards H.P. Lovecraft as the exemplar of the genre, which includes Arthur Machen, Edward Plunkett (Lord Dunsany), Algernon Blackwood, Ambrose Bierce and M.R. James. He also sees the tradition as having been continued through to the present by the likes of Robert Aickman, Shirley Jackson, Ramsey Campbell, T.E.D. Klein, Thomas Ligotti and Caitlín R. Kiernan. The New Weird was initially associated with China Miéville in the UK and subsequently Jeff VanderMeer in the US. Miéville’s first novel was King Rat, in 1998, and he began his Bas-Lag series with Perdido Street Station in 2000. VanderMeer was best known for his short stories and as an editor and anthologist, editing two definitive collections – The New Weird and Steampunk – with his wife Ann in 2008. He joined Miéville as the co-exemplar of the New Weird in 2014, when all three parts of the Southern Reach Trilogy were published: Annihilation, Authority and Acceptance.

Miéville has his own characterisation of the Weird, set out in his essay ‘M.R. James and the Quantum Vampire’ (published in Collapse IV in 2008), that it is distinguished from the horror fiction derived from myth, legend, and folktales on the basis of the cephalopod natures of its monsters, which broke from previous tradition. As such, he includes H.G. Wells and William Hope Hodgson in the genre dominated by Lovecraft. There are several interesting elements to this approach, although it appears to ignore or at least regard as irrelevant the fact that the legendary kraken has been cast in a cephalopod image since at least the eighteenth century. VanderMeer acknowledges the importance of the tentacle and what it represents, but foregrounds the Weird’s pursuit of an abstruse and possibly even unattainable understanding of the supra-natural and the un-rational, i.e. as the expression of our dissatisfaction with and uncertainty about reality. For VanderMeer, weird tales also engage with the particular problems of peculiarly modern life and with the extremes of that life, a trend which increased as the century progressed. Miéville rejected ‘New Weird’ when it was applied to Perdido Street Station and it is difficult to reconcile his repeated emphasis on the urban – in works such as King Rat, Perdido Street Station, Iron Council, Un Lun Dun, The City & the City, and The Last Days of New Paris – with VanderMeer’s biophilia (from E.O. Wilson’s biophilia hypothesis), as suggested by reviewers’ descriptions of the Southern Reach trilogy as ‘Weird Ecology’ (Los Angeles Review of Books) and ‘Weird Thoreau’ (The New Yorker).

VanderMeer defines the New Weird (or at least Miéville’s New Weird) as urban speculative fiction that is based on complex real-world models, employs elements of the surreal or transgressive, and is acutely aware of the politics of the modern world. His own New Weird is an ecological, environmental, or uncivilized (in Dark Mountain Project terminology) variant of the genre he describes. If there is a feature of the two authors’ oeuvres that connects Miéville’s city to VanderMeeer’s wilderness to the extent that it establishes a new type of Weird, then it is the self-conscious subversion of one of the central themes of Lovecraft’s fiction. Lovecraft had an aversion to the reproductive process, irrational fears about genetic inheritance, and a horror of miscegenation – the last either disclosed by the explicit racism of some of his stories or the implicit racism of his obsession with inter-species crossbreeding. Miéville and VanderMeer both explore the theme of crossbreeding without the racist overtones and with the implication that the contamination of humanity might be a source of empowerment or evolution and is thus neither necessarily terrifying nor necessarily dreadful. This new take on the Weird is an important part of what makes the Southern Reach trilogy original in its contribution to literature, relevant to life in the Anthropocene, and perhaps even visionary. Notwithstanding, I was a little underwhelmed when I read Annihilation, as the narrative failed to reach the potential promised by the premise of the novel. Part of my disappointment with the film is not so much that it has been dumbed-down or popularised, but that the adaptation process has opened a greater gap between narrative and premise, involving a dual failure to resist first the urge to explain and second, the urge to prioritise the human over the hybrid.

Alex Garland’s adaptation is as classic a story as can be, a literal instantiation of John Yorke’s wonderful guide to storytelling, Into The Woods: the hero leaves home to go into the woods and comes back both changed and having changed something in the woods. Our hero, who is an unnamed biologist in the book but has become an ex-soldier-turned-academic named Lena (played by Natalie Portman) in the film, leaves the safety of the Southern Reach to go into Area X. Area X, AKA the Shimmer from the electromagnetic field that forms its boundary, is a remote part of the south coast of America where unexplained ecological changes have occurred following the impact of a meteor (providing an explanation that is deliberately withheld in the novel). The Southern Reach is the government agency that has been established to contain and explain the Shimmer, but the various expeditions sent into it have all resulted in disaster. The same is true of Lena’s journey into the swamp: the narrative structure is a-chronological and we quickly learn that she is the sole survivor of her team. Lena’s call to action – to use Yorke’s terminology – is the return of her husband, Kane (played by Oscar Isaac), a Special Forces soldier, from the previous expedition into the Shimmer. He arrives home nearly a year after entering Area X and many months after being declared missing-presumed-dead, walking into their house with an almost complete loss of memory and massive organ failure. Lena is recruited by Dr Ventress (played by Jennifer Jason Leigh), a senior official in the Southern Reach, and her readiness to volunteer for what appears to be a suicide mission is explained by her guilt at having had an affair with a colleague while Kane was missing-in-action. Lena joins Ventress and three other women, all of whom have suffered serious psychological trauma of some sort, on an expedition to reach the lighthouse on the coast of Area X.

As soon as Lena and her companions cross the Shimmer, there are indications that either time functions in a different way in Area X or that the environmental anomaly has a disturbing effect on human beings’ perceptions of time and memory retention. This phenomenological disruption is followed by evidence of hyper-hybridity as unexplained mutations of first flora and then fauna are discovered. As the expedition travels deeper into Area X they find further evidence of both animal and plant life crossbreeding with human beings to produce more or less successful hybrids. We are, of course, in the land of Lovecraft’s worst nightmare, although there is a suggestion (albeit weaker in the film, which remains for the most part anthropocentric) that this is not as horrific as it seems – or, more accurately, not as horrific as our innate speciesism has conditioned us to believe. Aside from the small cast, which I expected, and watching it at home on television (Annihilation was distributed by Netflix in the UK), for which I compensated, there was something about the cinematography that gave the film a small-screen-feel. This impression was confirmed at the conclusion when, in the climactic scene, poor visual special effects were exacerbated by a strange choice of soundtrack, the combination of which transformed what was intended to be a tense sequence into something approaching farce and made what followed bizarre at best. This is not to say that the film is not worth seeing. Natalie Portman and Tessa Thompson (playing Josie Radek, a physicist) both present strong performances and there are several subtle touches in the storytelling by Garland, particularly with respect to the respective fates of Lena’s team. Most of the initial reviews I’ve seen have been overwhelmingly positive and I’m one of only two people I know who doesn’t concur. Perhaps, like so many movie adaptations, it’s better if you haven’t read the book first.***