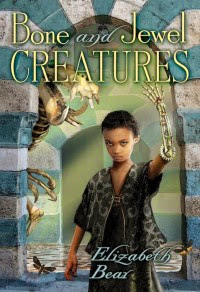 Millers in Keighley was my favourite independent bookshop as long as I lived there. It had a great mix of new and secondhand titles at a wide range of prices. It fed my hunger for science fiction for years. I would walk into town to save my bus fare so that I could afford to buy a 15p comic or three 5p books from the discard box. I bought loads of books there – lots of Moorcock, Doctor Who, Star Trek, The Sword of Shannara. Their new books had often been sitting on the shelves a while so they still had old prices on, making them more affordable than in other shops.

However, I’ll always hold against them that they took my entire collection of Doctor Who books and gave me just £5.50 for it, most of which I spent on one book, a tie-in to the TV show Murder in Space. Easily the worst decision I have ever made. Not really their fault, but they made no effort to talk me out of it! So they can’t be my favourite. Too much pain! It’s made me reluctant now to ever throw anything away, for fear of future regrets, to the point that I’ve had to put “throw something away” on my to-do list for every Saturday, to counter my hoarding tendencies.

I spend more money on books at Amazon than anywhere else by a long, long way, but does it count as an indie bookshop? I don’t think they are owned by anyone except themselves. But still. If I had chosen them, I’d have gone for one of the many books that would have been too expensive for me to buy anywhere else, like my box set of Penguin Mini Moderns.

I’ll pick instead Weightless Books, who are doing a great job of making ebooks available from the small press, without DRM, at reasonable prices, and in a variety of formats. I like the books put out by people like Subterranean Press, but I don’t have the money or shelf space for buying collectable hardbacks. The particular book I’ll pick is Bone and Jewel Creatures by Elizabeth Bear. The vampire books I bought from the same shop at the same time by the same author were very enjoyable, so I’m looking forward to reading her more fantastical work.
Posted by Stephen Theaker