Would save if my house burned down: Why People Believe Weird Things by Michael Shermer #bookaday 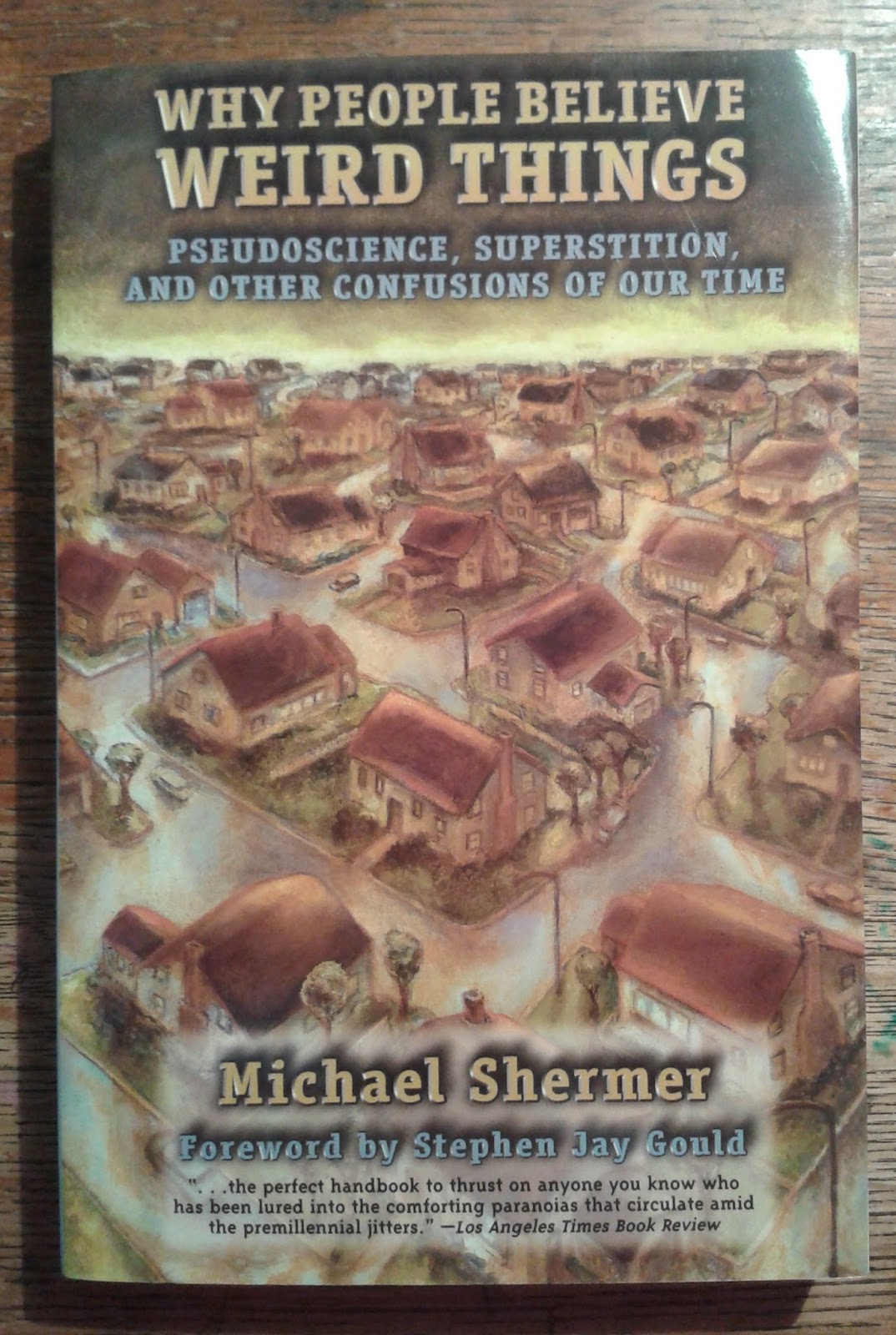 Why People Believe Weird Things by Michael Shermer (subtitled Pseudoscience, Superstition and Other Confusions of Our Time), is the book I would save if my house burned down, without a doubt. Not because it's a terrific book, although of course it is – chapter three in particular should be taught in schools - but because it is one of the first books on the first bookcase when you enter our house, on a shelf at chest height, and it sticks out from the other books on there.

Because if my house was on fire, I wouldn't give a stuff about my paper books. They're only possessions. I'd get by with the books in my Kindle archive, or the eARCs in my Dropbox. But The Borough Press, who set this challenge, presumably plan to be there, to make sure I don't leave without a book, perhaps even forcing me to go back inside! In those circumstances I would go for the easiest to grab: Why People Believe Weird Things.

I got off to a slow start with this series of #bookaday posts, so here’s a quick catch-up on the four I missed at the beginning.

Favourite book from childhood: The Magic Faraway Tree by Enid Blyton. So many lands to visit! The slippery slide! The Saucepan Man! Silkie! (My second literary crush.) It gave me the most amazing dreams and the most terrifying nightmares. I tried reading the modern bowdlerized version of this to our children but it was painful. The sexism of the original is deplorable, but the modern version replaces it with a pathetic vagueness. And Fanny and Dick were always funny names, that was half the fun!

Best bargain. Nearly all my books were bargains. For my first twenty-three years I could only afford secondhand books, and by the time I could afford new books I had so many secondhand books that there wasn’t much room for much else. I could pick something like The Best of McSweeney’s Deluxe, where I pre-ordered it and the price went up by twenty quid before publication. There was a nice time when sterling/dollar exchange rates were such that Marvel’s hardback deluxe collections of things like New X-Men and Runaways were only fifteen quid each. Three quarters of my collection of 2000AD graphic novels (the Hamlyn and Titan editions) came from places like The Works and Leicester Book Clearance. My pick, though, would be the two carrier bags full of Doctor Who books I bought on one glorious day in Sutton Coldfield, back in 1998 or 1999. It was a popup shop that seemed to be gone in a week, so thank goodness I had plenty of money in the bank that day. They had pretty much the full range of Virgin New Adventures and Missing Adventures, plus loads of the non-fiction and hardbacks, and even, I think, collections of comics. I bought everything I didn’t already have, spending a hundred and fifty quid or so and coming away with forty or fifty books.

One with a blue cover: Selected Stories by Fritz Leiber. This is the Night Shade edition, edited by Jonathan Strahan and Charles N. Brown. This was a kind gift at FantasyCon from someone I had helped out that year with my awesome publishing skills. Here it is on the overloaded coffee table in my office. 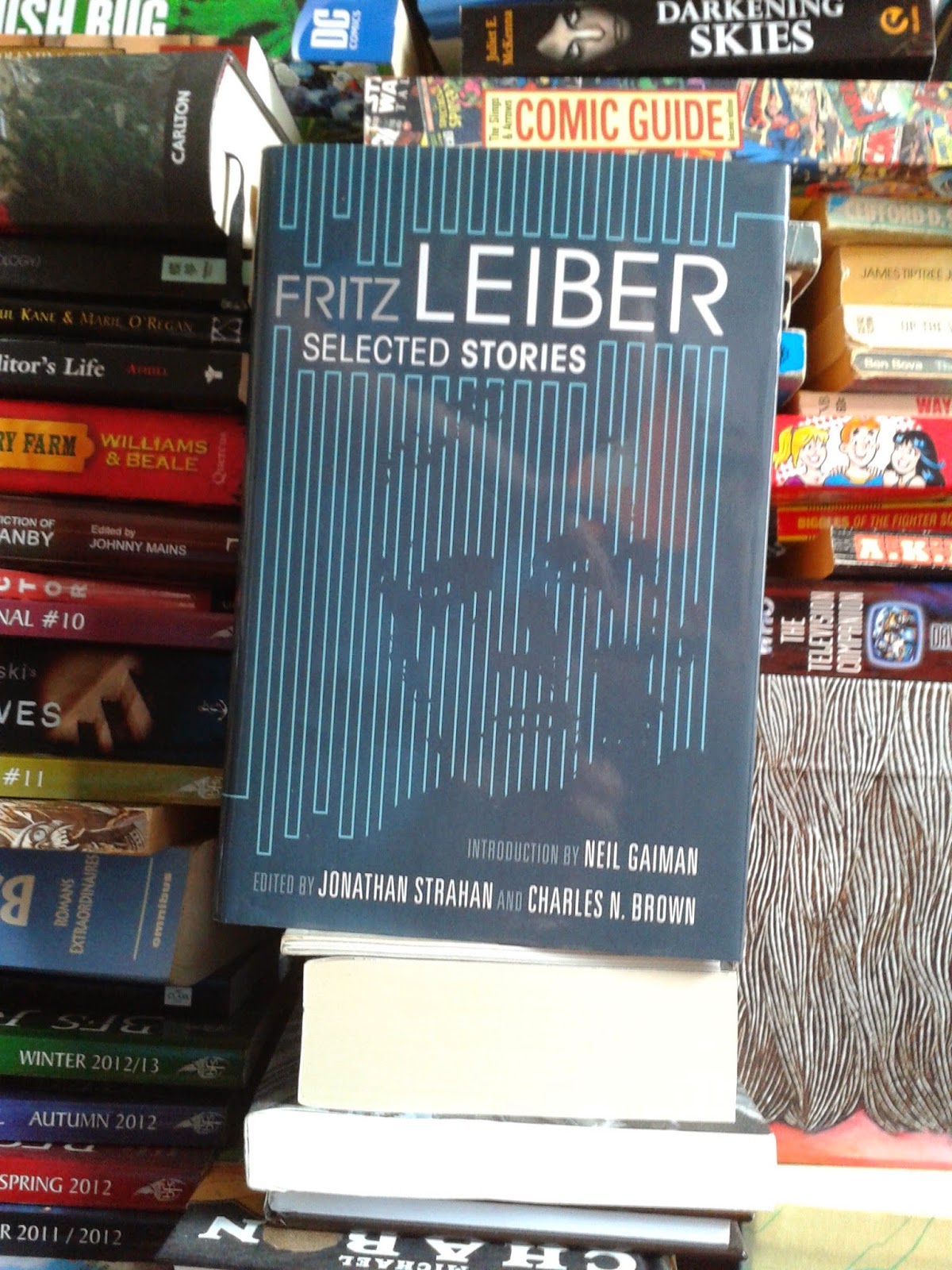 Least favourite book by favourite author: Monsters in Orbit by Jack Vance. An early undistinguished work. I don’t remember much about it, except the disappointment!

So that's it for this #bookaday series of blog posts. It's been a fun experiment, and tomorrow I'll probably be back to blogging as infrequently as ever. (Although I do have almost thirty reviews half-finished – time for a review a day?) I love that this got me to root around in my stupidly huge book collection, which was a great way of bringing it back to life. For example I found a bunch of unread books by people like Clifford Simak, James Tiptree Jr, Leigh Brackett and Henry Kuttner that had previously been lost to double-shelving. 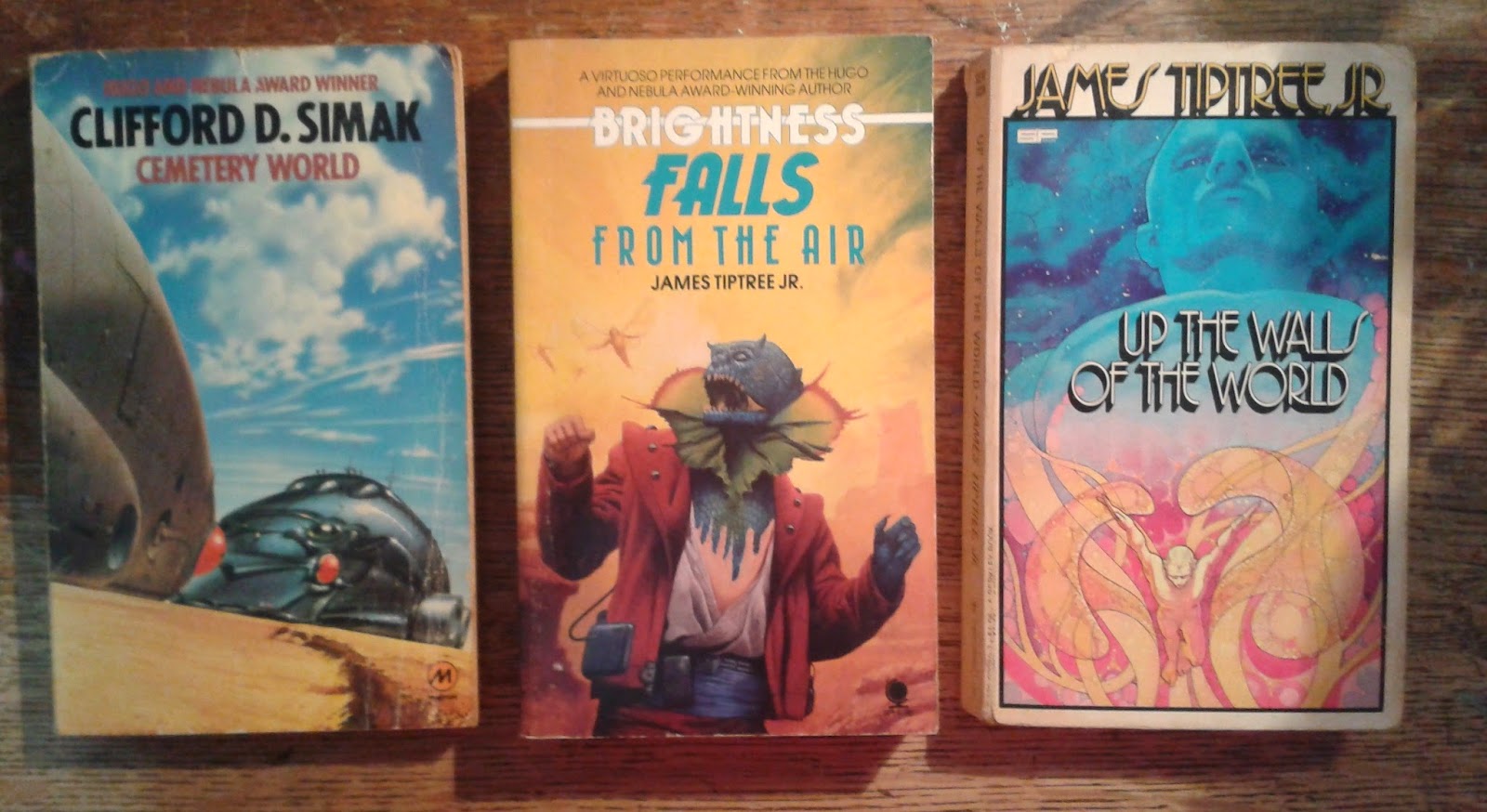 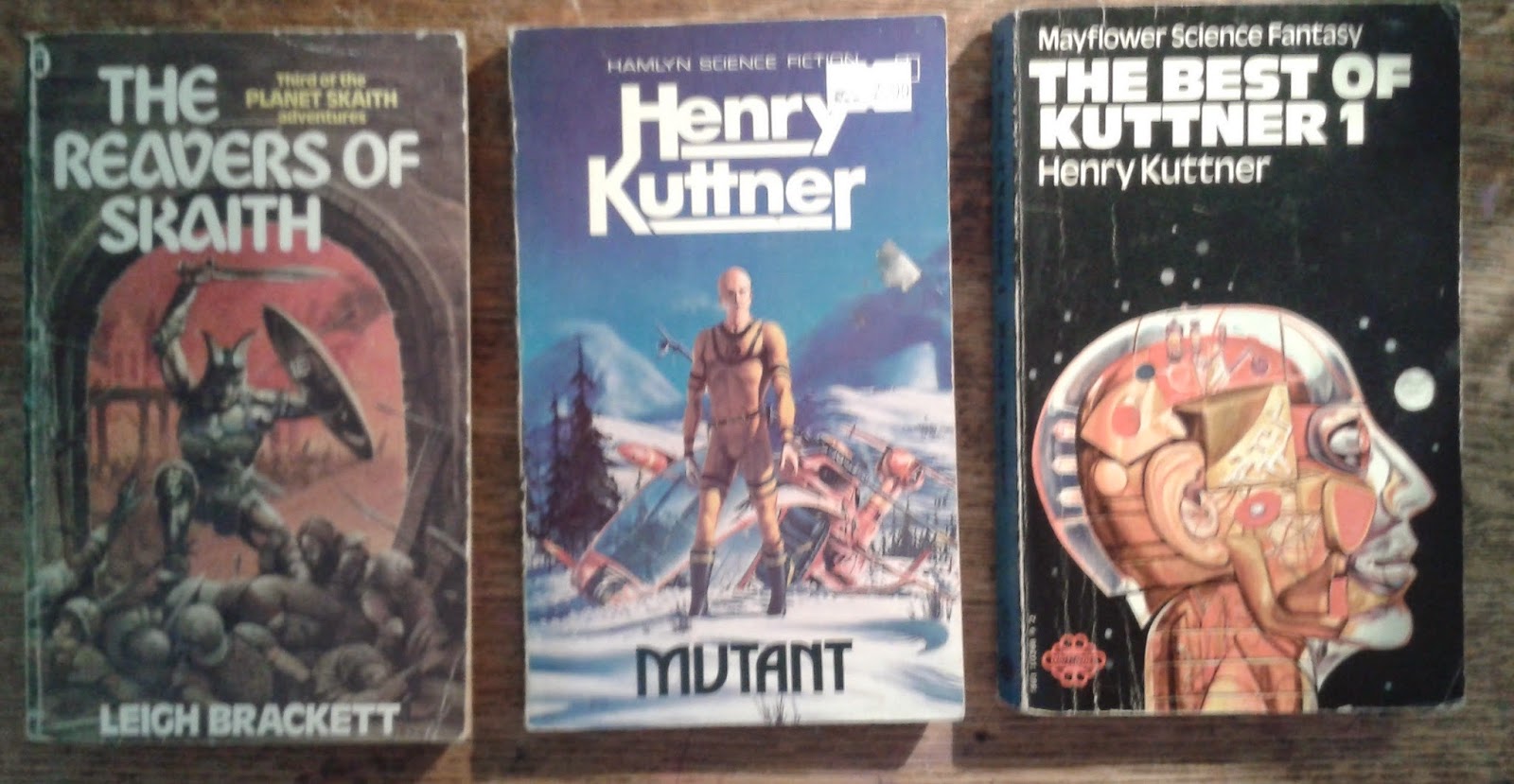 Must find time to read those soon.

Anyway, thanks for reading!
Posted by Stephen Theaker