The Autumn 2006 edition of our magazine is devoted to Newton Braddell, whose incomparably inconclusive researches have appeared in a number of our previous issues. They continue here, as remarkably as ever, and meander through the entire issue.

As one saga continues, another begins – that of Helen and Her Magic Cat, written and drawn by master cartoonist Steven Gilligan. We hope this hilarious strip will be a permanent fixture on the back cover (or thereabouts) for many issues to come.

We also welcome what I expect to be the first of many reviews from our transatlantic cousin-in-arms, Walt Brunston. His cartoon began running in issue eleven, his reviews in this one, and next issue? Well, let's just say I'm fighting a rearguard action to prevent this becoming Brunston's Quarterly Fiction.

To read the issue, either just click on the cover to the right to open the document within your browser, or, and this is what we would recommend, right click and save it to your hard drive, where you can read it at your leisure. – SWT

Robots, in a Spaceship

Newton Braddell And His Inconclusive Researches Into The Unknown: the Saga Continues 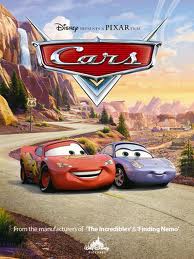