With Deepest Sympathy, by Johnny Mains | review by Stephen Theaker

Nicholas Royle's introduction to this collection of fourteen stories leaves the reader somewhat apprehensive, effusing over the author's enthusiasm and efforts in resurrecting the Pan Book of Horror series, but conspicuously avoiding any suggestion that these stories are any good. Royle does say that Mains "would have walked into the [Pan] series", but his own entry in the series is dismissed as "juvenile".

The first two stories, at least, surpass those lowered expectations. "Reconvened: The Judge's House" wraps itself with some vigour around a Bram Stoker story, and "With Deepest Sympathy", the title story, is by far the best of the book. Mrs Primrose Hildebrand discloses terrible secrets to those mourning the dead, in sympathy cards, and gets a nicely nasty comeuppance. It's an excellent idea for a story, well executed.

Unfortunately, later stories like "Losing the Plot", "Gun Money" and "Bloody Conventions" range from average to mediocre, while "The Spoon" is just a daft joke and "The Family Business" is a barely fictionalised account of an embalming. We're told only that two of the stories have been previously published, one in Pantechnicon and one in The Obverse Book of Ghosts (though a third appeared in The Fourth Black Book of Horror), and this does have the feel of being a collection of everything the author happens to have written, rather than a carefully curated selection of his best work.

The book is also a bit old-fashioned and unsophisticated; deliberately so, of course, but some stories are weaker for it, and none feel particularly fresh or surprising. "Final Draft", about an enthusiast tracking down a Pan Horror author in hope of extracting one last story from him, unaccountably fluffs the chance to make the entire collection and its author part of its fiction. That lack of tricksiness makes this a slightly odd fish among the Obverse list.

In one way this book does match its Obverse stablemates, I'm afraid: as with Ms Wildthyme and Friends Investigate, the proofreading is dreadful, if it's been done at all. Missing apostrophes abound (or fail to, one should say), and other typical mistakes include "five squeals, in tandem" and "He got up … and left the restraint" (meaning restaurant).

As Royle's introduction says, it would indeed "be a churlish critic who begrudged [Johnny] his own collection", and I won't do that. Each story does at least have an idea to its name, and if you squint and tilt your head just so you can see a hint of what a more gifted writer – a Basil Copper, say – might have done with those ideas.

But what was gruesome and transgressive in the seventies seems less so today; for a collection of horror stories, With Deepest Sympathy is awfully cosy and mild. After Connell's Unpleasant Tales, for example, much of this seems quite tame, the big shocks diluted by a sense of "Is that all?" It isn't frightening; the mechanics of a horror story are in place, but something's not quite right.

None of the stories are brilliant, some are downright poor, and it didn't really deserve hardback publication, but it's an enthusiastic re-creation of the kind of book the author likes to read: that's an impulse I understand. To that extent it's a success. If you like that kind of thing, this is more of that kind of thing, only not quite so good – and sometimes that's good enough.

Quite a good haul this week – I have to give the credit to Santa!

Doctor Who: The Jade Pyramid (BBC/Audiogo, 1xCD, 70 mins), out on 06/01/11. When you listen to Matt Smith’s voice on these CDs you realise just how perfectly Doctorish it is.

The Hammer, K.J. Parker (Orbit Books, c.328pp), out on 05/01/11. I received this one via www.NetGalley.com, which is a very nifty service, where reviewers are able to request galleys from publishers. The publishers don’t have to say yes, but luckily with this one they did! The only downside with NetGalley is that the pdfs come with Adobe DRM, making them a bit more awkward than a regular pdf to read. Better than nothing, though, and one can understand why publishers require it. Thanks to Amanda Rutter for mentioning the service in her blog post on The Future of Publishing.

Outpost, Adam Baker (Hodder & Stoughton, 370pp), out on 14/04/11. The plot of this one sounds very similar to Conrad Williams’ British Fantasy Award-winning One: a man survives the apocalypse on an oil rig and then makes his way home. But then One sounded a lot like The Road when it was announced. It’s all in the detail!

What They Hear in the Dark, Gary McMahon (Spectral Press, 22pp), due out in January. The first chapbook in a new series which looks to be partly inspired by the recent success of Nightjar Press.

I Don't Want to Kill You, Dan Wells (Headline, 310pp), out on 13/01/11. I didn’t get around to the previous book in this series, Mr Monster – from the cover I thought it was a YA title – but it got a good review from Peter Tennant in Black Static so I’ll make a bigger effort to read this one.
Posted by Stephen Theaker No comments:

Music for Another World, ed. Mark Harding (Mutation Press, 5631ll). An interesting theme and a line-up of contributors that includes Aliette de Bodard (interviewed by Jenny Barber in Dark Horizons #57), Cyril Simsa (a contributor to Theaker's Quarterly Fiction #27), Andrew Hook (the editor of New Horizons for the BFS, and, going on recent reviews of Ponthe Oldenguine, a very exciting writer himself) and Jim Steel (who was in almost all my issues of Dark Horizons).

Come Here and I'll Show You, Derek Lantin (Bangkok Books, c.179pp). A seventies-style sex and guns thriller, by the look of it. The word and is abbreviated to an' throughout – and not just in the dialogue – which puts me off a bit. 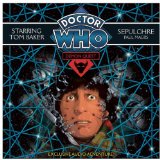 Doctor Who: Sepulchre (Demon Quest #5), Paul Magrs (BBC/Audiogo, 1xCD, 1hr10). At this point the prodigious output of Paul Magrs accounts for about half of my to-be-reviewed list!
Posted by Stephen Theaker No comments: 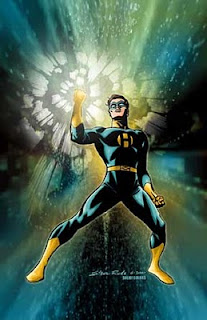 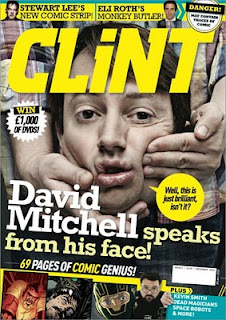