I'm really sorry for the lengthy delay in publishing issue 34 of our lovely magazine – and I can assure you that issue 34, when it finally sees the light of day, will be as lovely as any other!

The reason of course is that I got dragged kicking and screaming – or at least with a shrug of resignation – into handling the administration of FantasyCon 2010, and that has soaked up my weekends with little regard for any other projects I wanted to work on.

(If you haven't bought a ticket yet, get to it! Make sure issue 34's sacrifice wasn't in vain!)

But things are definitely going to run a little more smoothly from next month. David Howe is planning to take over as chair of the BFS, so that's one job off the list. I won't be involved in FantasyCon 2011, other than as an inebriated attendee, so that's another.

Once I get back from this year's FantasyCon I'll be finishing off Theaker's 34 and then rolling straight on to issue 35. John's been reading our submissions this year and he's picked some brilliant stuff for the next few issues. Thanks for your patience!
Posted by Stephen Theaker No comments:

Jim Fuess, cover artist of Dark Horizons #53, has updated his website (www.jimfuessart.com) with eight works in the new collision series from the Sticks and Stones show at the Watchung Arts Center, including Collision #8, Collision #3, The Brain in Color, Wave #5, Orange and Purple Abstract and Jump.

The show was organised by the New Art Group.
Posted by Stephen Theaker No comments:

Terry Martin, editor and publisher of the BFA-nominated magazine Murky Depths, has blogged about the pitfalls that await anyone launching a small press magazine.

I'd pretty much agree with all of that, especially his first point. The amount of work involved – or skipping crucial parts of that work – does seem to put paid to a lot of new magazines.

The only thing I'd add to Terry's points is that, from my experience, anyone planning to launch a small press mag needs to decide right at the beginning whether it's a business or a hobby – to make a profit or just for fun – because that has to inform everything else: the payscale, format, frequency, distribution, ad rates, publicity, etc.
Posted by Stephen Theaker 2 comments: 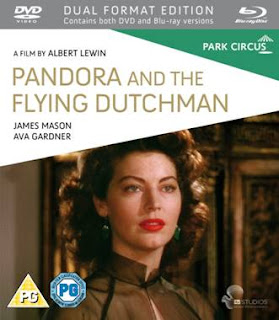