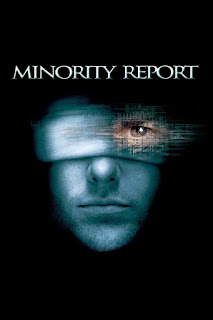 Minority Report, which was released in 2002, is set in Washington, D.C. in 2054, in the ninth year of PreCrime, a crime prevention programme. The programme originated with genetic experimentation conducted by Dr Iris Hineman (played by Lois Smith) for the purpose of healing the neurotrauma suffered by the children of women addicted to neuroin, a powerful opiate that was becoming popular in the illegal drug market. The intervention was unsuccessful, with most of the children dying, but unintentionally provided three of the survivors with the power of prevision. These ‘precogs’, pre-cognitives, developed the ability to envision murders – and only murders – up to four days in advance of their occurrence. This mutation was exploited by the District of Columbia’s criminal justice authorities, who use the precogs to drive an apparently perfect, albeit unverifiable, predictive policing programme under the directorship of Lamar Burgess (played by Max von Sydow). PreCrime is maintained by sequestering the precogs in a room called the ‘temple’ in police headquarters, where their neural activity is permanently monitored while they are kept in a state of semi-consciousness, semi-immersed in a tank of amniotic liquid. Their visions are projected onto a screen that police detectives use to solve the crime before it occurs and the programme involves both judicial and penal participants, with a judge and forensic expert witnessing the detection and detention by videolink and arrested suspects sent to the Department of Containment, where they are kept in a similar state of semi-consciousness to the precogs for the rest of their lives. PreCrime has been operational for six years and was an immediate success, reducing the murder rate in Washington, D.C. by ninety percent in its first month and one hundred percent ever since. The projected visions of all three of the precogs, Agatha (played by Samantha Morton) and identical twins Arthur and Dashiell (played by Michael and Matthew Dickman respectively), are apparently always complementary and the balance of probability of the available evidence suggests that they have always been accurate. Occasionally, the precogs see the same murder more than once, but these ‘echoes’ are easily identifiable and disregarded by the detectives and PreCrime is widely recognised as a perfect crime prevention programme.

The operational head of PreCrime is Chief John Anderton (played by Tom Cruise) and the narrative opens at a crucial stage of its development: despite opposition from the American Civil Liberties Union, the Attorney General is considering expanding it from a municipal to a national initiative and has sent a Justice Department agent, Danny Witwer (played by Colin Farrell), to subject it to a final scrutiny. The central plot of the film is set in motion when Anderton, who is a neuroin addict, is alerted to a future murder in which he is the perpetrator and the victim a man named Leo Crow (played by Mike Binder), who is unknown to him. The identification of Anderton as a murderer provides an exploration of the relationship between free will and determinism as he attempts to find Crow in order to discover why the murder has been predicted – but in doing so brings himself and Crow into close proximity, enabling the murder. Now that he has been identified as a perpetrator, Anderton is anxious to find out whether there have ever been any differences in the predictions of the three precogs and discovers that there have been times when Agatha has made predictions that differed from those of the twins. These are the ‘minority reports’ of the title and the film is based on Philip K. Dick’s 1956 short story, ‘The Minority Report’. While Dick is the most obvious inspiration, the ‘sprawl’ and the repeated use of the prefix neuro are both allusions to William Gibson’s Neuromancer (1984), the first novel in his Sprawl Trilogy. In Gibson’s dystopian novel, the Sprawl is an extended urban area on the eastern seaboard of the US, the Boston-Atlanta Metropolitan Axis. In Minority Report, the sprawl is a neglected, crime-ridden part of Washington, D.C. Spielberg’s acknowledgement of the influence of Gibson is a reminder of another of the latter’s works, The Difference Engine (1990), his collaboration with Bruce Sterling.

The novel is the canonical work of the steampunk genre, which Patrick Jagoda characterises as ‘alternative histories that frequently explore the rise of new technologies in Victorian England and throughout its global empire’. Like steampunk, Minority Report combines the old (Victorian setting and film noir style respectively) with the new (advanced technology in both) and this combination of the retrospective and the prospective is repeated in the central concept of the film, the PreCrime Programme. The desire to be able to predict all crime (or all of a particular type of crime) with perfect accuracy harks back to the positivist imperative of the nineteenth and early twentieth centuries, in which sociological, biological, and psychological variations of determinism aspired to be able to forecast human behaviour with mathematical certainty. The London of The Difference Engine features a ‘Central Statistics Bureau’ that is home to departments of ‘Quantitative Criminology’, ‘Deterrence Research’, and ‘Criminal Anthropometry’, all of which are aimed at the making of ‘utterly objective, entirely statistical investigations’ of social reality. The idea is that if crime can be predicted with accuracy, it can be prevented with certainty, producing a crime-free utopia. What elevates Minority Report above its achievement as a gripping and clever thriller is the logical paradox it identifies at the heart of all crime prevention programmes: the moment one combines prediction with policing, the prediction is falsified. The previsions would only be accurate if the murders were allowed to take place – but the whole point of employing the previsions in PreCrime is to alter the future they predict. The real-life paradox to which the fictional film alludes involves a second combination, between pre-emption and prosecution. Pre-inchoate offences, which have become increasingly popular since the beginning of the War on Terror, are concerned with pre-empting harmful conduct before the opportunity for its commission arises. But if an offence is not even in its initial stages, then the only means by which it can be called an offence is prediction. The paradox, which is legal rather than logical, is how anyone can justify prosecuting a suspect for such an offence. We can, it seems, have pre-emption or prosecution, but not both. What I find particularly interesting about Minority Report is that it was filmed in the spring of 2001, several months before the September 11 attacks that have produced so many changes to so many laws in so many countries ever since. ***** 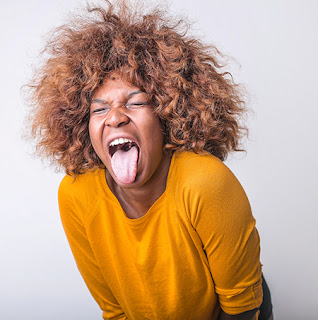 We’ve opened the door to more gore… with a caveat. Theaker’s Quarterly Fiction seeks short story submissions for the fifth instalment in  the UNSPLATTERPUNK! series.

The fifth stomach-churning and virtue-expanding chapter in the controversial UNSPLATTERPUNK! series begins. Theaker’s Quarterly Fiction, allegedly the UK’s second longest-running science fiction and fantasy zine, is once again accepting stories that push the boundaries of extreme horror, but also offer moral enlightenment. In other words, we’re on the hunt for stories that merge grisly details and transgressive content with a positive message.

The first four anthologies in the UNSPLATTERPUNK! canon introduced a cadaverine-, blood-, and bile-fuelled collection of tales that repeatedly upped the ante for barbarity. Now we’re seeking an all-new rash of stories whose authors go even further over the top (without losing sight of the positive message). Anything goes. You want to go raw and realistic? Go for it. Supernatural beings or future technologies? Have a blast… but just be sure to leave us aghast.

As always, contributors (and everyone) will receive free pdf and ebook versions of the anthology, which will also be available for hardcopy purchase at Amazon. Additionally, recurring editor Douglas J. Ogurek will work with authors to make sure their stories are as good (and as bad) as possible.

Other advice to keep in mind:

Send stories of up to 10,000 words (no poetry, please) to TQFunsplatterpunk@gmail.com. Put “UNSPLATTERPUNK! 5 submission” in the subject line. In your cover letter, include a bio and tell us about the positive message that your story conveys.

After publication, you are free to reprint your story elsewhere, but please credit Theaker’s Quarterly Fiction for original publication. See the TQF standard guidelines for additional information on rights and legal matters.

The Black Badge of Carnage

There’s a lot wrong in the world: poverty, racism, abuse, discrimination, sex trafficking, environmental exploitation, trophy hunting, and so much more. Time to do something about it. And while you’re at it, make us sick.