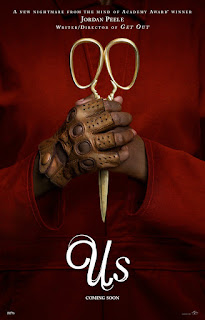 Did you know that British Fantasy Society members have been getting an exclusive pdf chapbook every month for the last three years? And that they are edited by none other than Allen Ashley, one of our contributors? Did you know that anyone who joins the society can download all 36 of them from an archive? It's all true, and it only costs £20 for a digital membership!

I've been working (very slowly) on a article for TQF (or maybe a booklet) to celebrate the society's 50th anniversary in 2021, and as part of that I made the following list of Allen's short story series:

Worth £20 on their own, quite apart from the other benefits of BFS membership, and I hear that #22 is particularly good!
Posted by Stephen Theaker No comments: 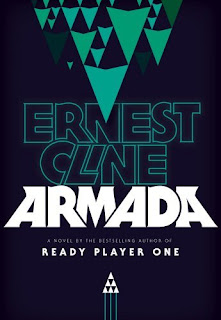 Zack Lightman’s dad died in an explosion at a sewage treatment plant, and it made the papers so everyone knows. That was back in 1999. A bully called Douglas Knotcher once took the mickey about it, and got battered to a pulp after Zack went into a blind rage. He’s been trying to live it down, but it hurts to miss his dad so much while finding his death so humiliating. His mum kept all his dad’s stuff in boxes up in the attic. Zack watched his videos, played his games, and wore his jacket covered in high score patches.

A notebook he found there, back when he was ten, made him think his dad had lost it, and chapter two takes us through it. A four-page chronology begins with Space War in 1962 and Star Trek in 1966, then works its way through Star Wars, Close Encounters, Ender’s Game, Battlezone, Elite, The X-Files, Contact and Galaxy Quest, to pick out a few. His dad thought they were all connected, part of a conspiracy controlled by the U.S. military, preparing humanity for an alien invasion.

Now it’s 2018. After Zack sees a Sobrukai Glaive Fighter streaking around outside his high school in Beaverton, Oregon, he thinks he might be cracking up too. It looks pretty cool, like the blade of a two-headed battle axe with a black prism sitting between its serrated wings, but it’s from Armada, his favourite video game, created by Chaos Terrain, who, in a suspiciously Watchmenesque move, hired the best of the best to work on it, people like Gabe Newell, Shigeru Miyamoto, James Cameron, Peter Jackson, John Williams and Morgan Freeman.

The gamer plays a pilot, one of many defending Earth against an invading fleet of alien ships, controlled by anthropomorphic extraterrestrial squids from Tau Ceti. Players often complain about the unbalanced gameplay and the unbeatable missions (uh-oh!), like the one where the Disrupter, with its shields that drop for just three seconds, locks on to Earth and disables all the drones, but that hasn’t harmed its popularity, and Zack, especially, and fortunately, isn’t one to give up when the odds are against him.

There’s a terrestrial spin-off where you pilot a mech, Terra Firma, and Zack plays it sometimes, but just so his pals will join him for the big Armada missions. That’s his passion: it took three years of daily practice to crack the top one hundred, a few months more to make the top ten, and now he’s the sixth best player in the world. His handle is IronBeagle. (Later on, when an attractive young woman gets that it’s a reference to Snoopy vs the Red Baron and Iron Eagle, he’ll know she’s the one.)

The alien ship he saw? Not a hallucination. An alien armada is on the way for real, and Earth really does needs Zack to defend it. Just as he’s about to wallop Douglas Knotcher with a tyre iron after another altercation, an Earth Defence Alliance shuttle arrives to scoop him up. There are more secrets in Zack’s life than he could ever have guessed, and that life will be shorter than he could ever have ever imagined if his gaming skills aren’t sufficient to meet the alien challenge.

This isn’t a book (Century hb, 355pp, £12.99) that provoked strong feelings in me. It was entertaining enough in a three-star Hollywood sort of way: the author’s previous book, Ready Player One, will soon be a Spielberg film, and this one has half a dozen roles into which you could slot a movie star. It might make a good film; it’s not as if we’re overwhelmed with outer-space action, and its conclusion, though a bit cheesy on the page, might still seem novel in cinemas.

The constant referencing of pop culture (apparently a big part of Ready Player One’s popularity) feels a bit ingratiating, and even patronising: if your characters are going to talk about losing their goram shields and being out of frakkin’ power, let us feel clever for recognising them (or at least like we’ve spent our television time wisely). Don’t have another character name the two shows, just in case we didn’t get it.

Maybe this is aimed at younger readers, though they might wonder why this teenager has the cultural touchstones of a middle-aged man. Missing your dad is one thing, but he has apparently watched all the shows and played all the games it’s taken me forty years to get through. That stuff dies down once Zack is out in space and it becomes a decent action adventure, but, even then, I’m not sure tipping your hat to The Last Starfighter makes it okay to nick its plot – even if this is in truth more of a Phantom Menace.**

This review originally appeared in Interzone #260.
Posted by Stephen Theaker No comments: