Contributor news: Allen Ashley seeking submissions for The Once and Future Moon 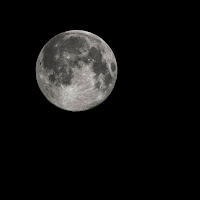 Here's what he has said about the project:

"This will be an anthology of stories set on/dealing with the abiding influence of the Moon.

You can take a literal or non-literal approach.

The 'Once' aspect will deal with how older cultures/earlier civilisations/ people in history saw the Moon, considered and reflected upon the Moon. Think Verne, Wells, Godwin. Think mythology. Think the Sumerians. Think the Ancient Greeks. Think beliefs held by vanished cultures. These stories do not have to be factually, scientifically accurate; the Moon element could be seen as poetic, figurative, imaginative, etc. These stories will likely form one-third of the book. Possibly half.

For 'Future', I am looking at both the liveable near-future (e.g. up to 50 years’ time)and slightly further ahead as well. I want stories grounded in how we will live on/adapt to/use the Moon in the near and further future. What issues might we face – some of which have yet to be even thought of by NASA? 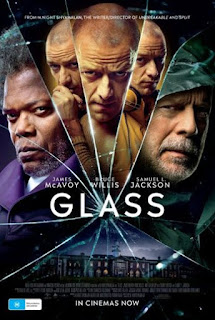 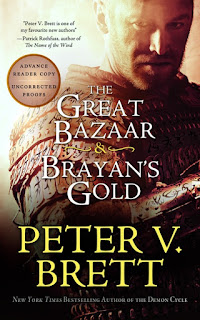 Thousands of years ago humanity was almost wiped out by the nightly attacks of coreling demons, and saved at the last by the discovery of wards which turned the magical power of the demons back upon themselves. The monsters crept back to the centre of the planet, to regroup, recuperate and procreate while humans slowly forgot about them. Eventually many thought the demons nothing but pub tales, so their Return (it is always capitalised) three centuries ago came as an unwelcome surprise.

This book (Tachyon Publications pb, 192pp, $14.95) collects two novellas about Arlen, previously published by Subterranean Press as collectible hardcovers. He is in these stories a young man with a passionate interest in rediscovering the lost wards, not least because he is pursued by a four and a half metre tall rock monster he once managed to injure – accidentally knocking off its arm – which rises up each night and makes a beeline for his current location. A darned inconvenience, but of course he’s clever enough to use it to his advantage at times.

Arlen has studied the books in the Library, and gleaned what knowledge he could, but it’s fragmentary and he needs more. Working as a Messenger, he travels between the Free Cities, taking notes and making sketches of the demons, always on the lookout for new information, and for chances to test in practice what he already knows, or thinks he knows. Given time to prepare, Messengers can prepare a safe place to sleep in the open, surrounded by wards against which the coreling demons smash throughout the night, but that’s no way to live!

“Brayan’s Gold” takes place 324 years after the Return. Arlen, still an apprentice at this stage, and Curk, an older colleague, have taken on a challenging job, to transport a load of thundersticks – what we would call dynamite – to the most remote mining town in the duchy. It’s ten nights’ travel into the height of the mountains, but the reward is fifteen hundred gold suns, an absolute fortune.

As each night falls, mist seeps “from invisible pores in the ground, reeking and foul, slowly coalescing into harsh demonic form”, demons made of wind, rock and wood. The monsters aren’t Arlen’s only problem. There are bandits and betrayal on the route, he can’t rely on drunken Curk, and he is entreated to help two sundered lovers reunite. To top it all will be an encounter with a snow demon that catches him out on the mountain, unprepared and unprotected.

“The Great Bazaar” is set four years later, between chapters sixteen and seventeen of The Warded Man (The Painted Man for UK readers). Arlen can now travel freely on his own, and is on the outskirts of the Krasian Desert. The merchant Abban has him searching for Baha kad’Everam, a hamlet long abandoned to clay and wind demons, which “drop like silent stones from a mile in the sky, snapping their wings open at the last instant to sever a man’s head, snatch him in their hind talons, and take back off without ever touching ground”.

Arlen is after the precious pottery that might with luck still be there unbroken: one pot from a master’s wheel would make his trip. If he makes it back to Abban in Fort Krasia, there will be more trouble, but also the chance to learn the location of Anoch Sun, the lost city, ancient home of Kaji the Deliverer, who conquered the known world and united humanity in its first great war against the demons. A few scraps of defensive magic have kept humanity hanging on, but Anoch Sun might hold the secret of combat wards, for creating magical demon-killing weapons.

Brett’s books are endorsed by Paul W.S. Anderson (“Inspired, compelling and totally addictive!”), which is a recommendation to me if no one else, and like Anderson’s always enjoyable films these novellas reminded me a bit of video games. Pulling a trailer of explosives up a bumpy road, fighting demons in ruins among smashed urns, questing for ancient manuscripts; these are pleasantly familiar scenarios to gamers. The novellas also share with his films an uncomplicated and earnest desire to entertain. I think they succeed.

In an introduction Brett says that he hopes these short adventure stories will offer newcomers a convenient introduction to the Demon Cycle series and its characters, while giving existing fans a broader look at his world and a fix between full-length novels. I can’t speak to the latter, but for newcomers they are perfect; including a dictionary and ward grimoire helps with that. No book in my collection is fatter than The Daylight War, third in the Demon Cycle, and that had put me off reading it. Now it looks like a feast. ****

This review originally appeared in Interzone #259.
Posted by Stephen Theaker No comments: