What contributors did next #2 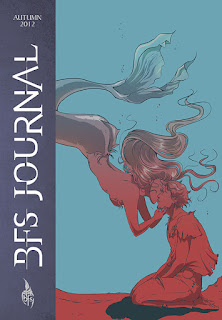 Last April I interviewed Rhys Hughes for the British Fantasy Society’s journal. Due to production problems the journal wasn’t published until September, and Rhys finally received his contributor copy this month. All a bit frustrating, but the interview turned out well and Rhys blogs about it here.

Ace reviewer Jacob Edwards takes a turn as Andromeda Spaceways Inflight Magazine editor with #55, and includes fiction from Tom Holt, Stephen Gallagher, Deborah Kalin and Lisa A. Koosis, among others, as well as an interview with Glen Duncan and a “musical interlude” with Richard O’Brien. More details here.

David Tallerman’s novel Crown Thief is now out, a sequel to the very enjoyable Giant Thief (reviewed by me here), and a third in the series will follow soon. He’s written an interesting article on his late realisation that the first two books failed the Bechdel test: read it here.

Richard Ford, who contributed “Dead Gods” to Dark Horizons #55, has a new novel Herald of the Storm coming from Headline. It’ll be out in April this year. For more info see his blog: www.richard4ord.wordpress.com.