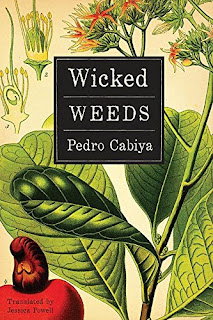 This book (Mandel Vilar Press pb, 256pp, $16.95) begins with a warning: there are two ways of reading it, and both are a bad idea. The diligent reader who consumes each page in its usual order is on a road to chaos, which isn’t very appealing, so this reviewer took the second option: following the directions of the contents page. That takes us first to all the police interviews, then the personal journal of the unnamed, self-professed and supposed zombie at its centre, then the scientific explanations for his condition, and finally a series of field notes. This adds a degree of choose-your-own-adventure interactivity to the book, letting the reader shuffle through its pages like an investigator or a judge looking for evidence.

We learn that our zombie woke from his grave some years ago and availed himself of the washtub, clothes and money left at his grave in readiness. His parents were wealthy, and left him all of their assets, the only stipulation being that to enjoy them he must pretend to be alive. Other zombies can recognise him, which is not always welcome, but he finds it quite easy to fool humans, as long as they are kept at a certain distance, something he finds increasingly hard to do during the episodes described in the book.

He is the executive vice president of a company’s research and development division, in charge of twenty-eight chemists who work in five laboratories. Dissatisfied with working from an office on the executive floor, he chooses to work instead in Laboratory 5. He doesn’t know precisely why he chose that one — the glass windows? the free space? — but readers may come to their own conclusions as he writes about its other occupants and their physical attributes.

The hem of Mathilde Álvarez’s shirt rides up to reveal “steely abdominals and a pristine, flat belly button”. Patricia Julia Càceres wears a short skirt, revealing her leg, “a perfectly smooth, sculpted column”. Doctor Isadore Bellamy’s lab coat falls open, showing a floral-print dress that only just manages to contain “the flawless bulk of her jet-black breasts”, while “the muscles of her slender thighs stood out against her black skin each time she shifted her weight”.

The reader can tell from his descriptions that these three scientists must be attractive, and from subsequent events we understand that the three of them are attracted to the vice president. On some level his actions must be influenced by this; what’s missing is any understanding on his part of the connections between all this, the weight of anything. As a zombie he lacks what a fellow sufferer, the oldest zombie around, describes as qualia, “the living being’s capacity to establish a connection between his experience of the world and the self”.

This idea is both the book’s weakness and its strength. On one hand, it gives us a central character who behaves like an android, and the scenes where sexy scientists try to seduce him feel cheesy, a bit Tasha Yar and Data. On the other hand, the idea is explored in more interesting and political ways elsewhere: the poor, deliberately infected to become easily biddable, exploitable and shippable workers; or the rich, going on murderous rampages once their conscience is gone. It all asks the question: is our emotional connection to the world all that makes our lives meaningful?

Our central character is trying to fix what is broken in himself, to come up with a cure: that’s why he has taken degrees in pharmacology and chemistry, why he is in this career. The extent of his success is demonstrated by a lengthy appreciation of the sensations invoked by moving his hand up Patricia Julia’s leg in a nightclub, which takes a couple of pages. There is some humour in that level of detail, and also in that, after she puts her tongue in his ear, he crosses his fingers, hoping that a centipede won’t slide into her mouth.

The translator, Jessica Ernst Powell, has previously worked on Borges, among others, and seems to have done a fine job here with a text that mixes mysticism, science, zombies and social commentary in a way that must have been challenging to translate. It’s not a book for every reader, and some may find themselves admiring it more as it moves away, if read in contents page order, from the comical zombie scientist and his saucy pals to the darker histories of the field journal, to children going to the wrong side of the river at night, and to Papa Vincent in the jail of the Tontons Macoutes. ***

This review originally appeared in Interzone #267.
Posted by Stephen Theaker