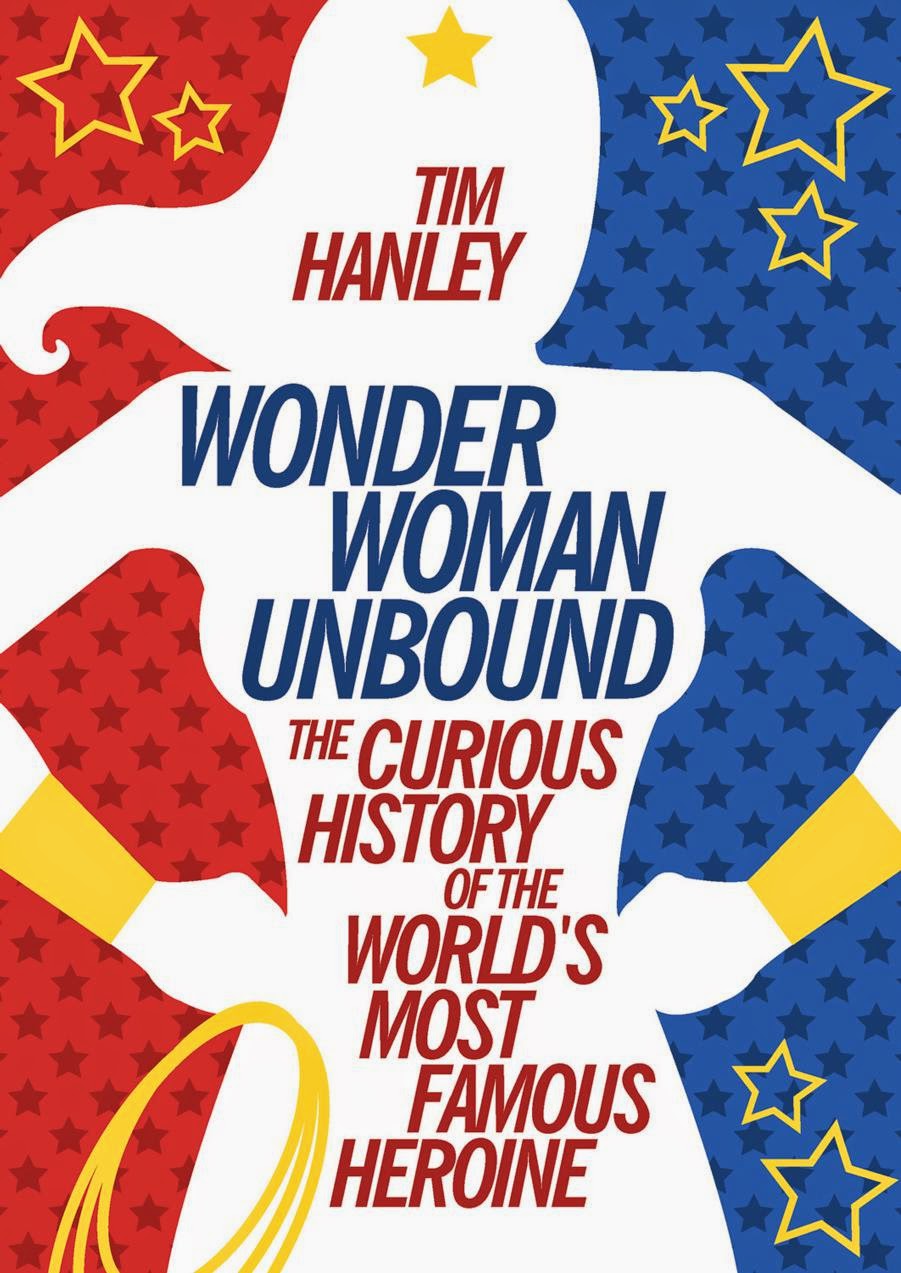 In Wonder Woman Unbound (Chicago Review Press, pb, c.322pp), subtitled The Curious History of the World’s Most Famous Heroine, Tim Hanley takes a look at the history of DC’s best-known female superhero, with a particular focus on her earliest stories and the man who created her, William Moulton Marston, and his interest in an idiosyncratic brand of bondage-led feminism. The book explores Hanley’s theory that “every version of Wonder Woman has been simultaneously progressive and problematic”, with parts devoted to the Golden Age, Silver Age and Bronze Age versions of the character.

Unfortunately, the literary logic is seriously flawed throughout, to an extent that will ruin the book for some readers. It is dedicated to a reading of the comics not on their own terms, but in relation to other works. What William Moulton Marston said in interviews or wrote in other novels is used to supposedly prove what he meant by this or that in Wonder Woman and Sensation Comics. (And that supposed proof is later used to dismiss the feminist interpretations of the seventies as misreadings of the character.)

One source of such insight is the novel Venus With Us, regarding which we are told that “in many ways, Caesar was an analogue of Marston, so it stands to reason that when we read Caesar’s thoughts on bondage and submission, these words reflect what Marston thought were acceptable, enlightened practices”. Hanley is almost admirably unafraid to take such leaps into the literary unknowable. “Reading Caesar as Marston’s representative,” he declares, “these scenes are essentially an endorsement of finding sexual pleasure in dominance.”

One section deals at length with the question of how Marston might have heard of a bondage device used in a Wonder Woman story. A newspaper article ten years before had mentioned something similar: “If Marston didn’t read the article, he still knew a lot about the prison and the brank. But if he did, it affected him so strongly that he remembered it for a decade.” Either he knew about it already, or he read about it and didn’t forget – either way, guilty! None of this makes much sense.

It’s a similar story when it comes to the question of Wonder Woman’s sexuality, and that of her friends on Paradise Island and abroad. “So was Wonder Woman a lesbian?” Hanley asks. “To answer that question we have to go beyond the comic book itself” – which is exactly what you shouldn’t do. He decides that “Wonder Woman … must have enjoyed female love relationships in a sexually pleasurable manner”, despite the absence of textual evidence. We are told to “really read between the lines”.

Moving on to later writer Robert Kanigher’s declaration in an interview that all the Amazons were lesbians, Hanley says that while “Kanigher never had Wonder Woman engage in any sort of romantic or sexual relationship with another woman, it’s hard to get much clearer than that”. But of course it could easily be much clearer, that is, if the comic did show her in such relationships, and didn’t show her (or Diana Prince) mooning over Steve Trevor. Kanigher’s comment tells us only what he thinks, not what the comics actually say.

The two big questions about Wonder Woman are barely addressed here. Firstly, why are her comics as dull as the book makes them sound? Reading this book wouldn’t leave anyone with any desire to read a Wonder Woman comic, except in so far as they had an interest in seeing her tied up. (Needless to say, I bought a copy of Wonder Woman #1. She did get tied up a lot, but unlike Batman and Robin she wasn’t punched very often.) There’s surprisingly little to suggest the author actually enjoys reading Wonder Woman comics. The book notes the “lack of iconic stories”, without exploring why that might be. (Perhaps it’s that Greek mythology is available to every other character to use as well, leaving her with little territory of her own.)

And secondly, given that her comics have often been so dull, why is she still so popular? The closest the book comes to answering that question is in a passage by Gloria Steinem from a Ms magazine book of Wonder Woman reprints, quoted here in order to criticise it for downplaying the “troublesome aspects” of the older stories. Steinem writes that “all these doubts paled beside the relief, the sweet vengeance, the toe-wriggling pleasure of reading about a woman who was strong, beautiful, courageous, and a fighter for social justice”.

The title of the book is quite wrong – this isn’t an examination of Wonder Woman Unbound. It’s about her binding. In a literal sense at first, and then later as her feminism and then her powers were taken away away, and her story options narrowed. She began as a champion of peace, and eventually became a Klingon in star-spangled briefs, though the book has lost interest in her by that point. Post-Perez storylines receive little more than a passing mention, while the discussion of George Perez misses an open goal – his work in pornographic live-action superhero wrestling, which would have tied into the focus of the book’s earlier chapters rather nicely!

Perhaps it is unfair to treat this as if it’s an academic piece of writing that comes up short. It appears to be aimed at a mainstream, comics-loving audience who will find the background information about Marston interesting – as did I. But it’s hard to escape the impression that this is a book with just one idea: to point out that not enough attention is paid to William Moulton Marston having at least a theoretical interest in bondage. It ends by saying that “to forget her past is to miss what makes Wonder Woman such a great hero” – an odd conclusion unless the author feels present-day Wonder Woman comics don’t show her being tied up enough.
Posted by Stephen Theaker