I Killed Rasputin by Richard Herring / review by Stephen Theaker 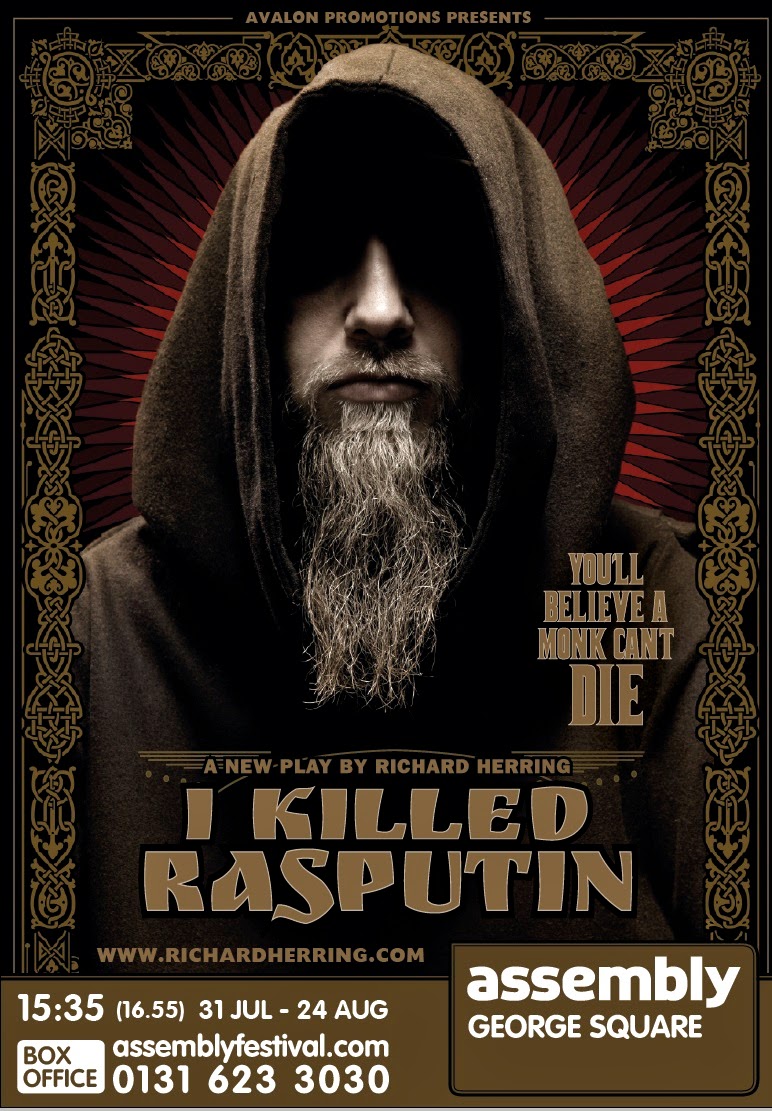 A film, I Killed Rasputin (1967), has been made of the memoir of Prince Felix Yusupov, who claims to have killed Rasputin, the dangerously influential Russian monk. Well, he claims to have kicked off the process with a bit of poisoning, before shooting and drowning finished the tenacious Mad Monk off. Or did it? Was any of the story true? An American journalist has his doubts, and comes to interview the elderly Yusupov (played by Nichola McAuliffe), though the prince’s wife Irina (a niece of the executed tsar) often chips in. This is the story of I Killed Rasputin, a new play by Richard Herring, showing during August at the George Square Theatre as part of the Edinburgh Fringe. It’s a very funny piece, cleverly staged – the windows of the prince’s apartment double as windows into the past, scenes playing out behind the fog of transparencies. To some extent it’s the dramatisation and exposition of a theory, but it’s an interesting theory and it works with the characters, illuminating rather than overwhelming them, taking us further into the heart of the foolish man who says he did it. Even now he is plagued by the Mad Monk: the play begins with him seeing off Rasputin once again, this time with a waste basket! Though at first it came as a slight disappointment that Herring wasn’t playing Rasputin (I thought that was him in the poster), the cast is excellent, right down to the prince’s dog, showing wit and versatility. And though I saw a fairly early show in the run, it felt well-rehearsed, the quick changes passing off without a hitch. I do recommend it, though families should be warned that the 12+ rating in the Fringe guide is a bit off – I’d put it at 15 at least, thanks to swearing and simulated (albeit jokey) sex. Otherwise, if you’re in Edinburgh this month, be sure to catch this play. ****
Posted by Stephen Theaker