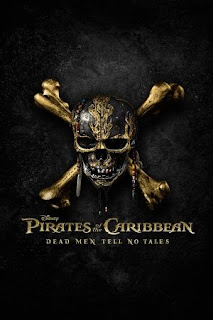 Admittedly, I watched this one in a “4DX” theatre replete with moving seats, fog, flashing lights, and sprays of water. But wouldn’t Captain Jack Sparrow applaud such extravagance? With the pirate Sparrow, overboard is the way to go. – Douglas J. Ogurek ****
Posted by Douglas J. Ogurek