A Cold Silence by Alison Littlewood | review by Stephen Theaker 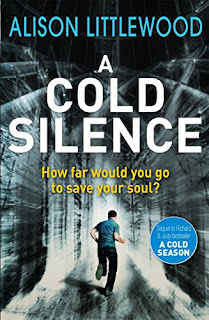 A Cold Silence (Jo Fletcher Books) is the sequel to the author's first novel, A Cold Season, reviewed in Black Static #27. At the end of that book, Cass wondered how much she should tell her son Ben about it all. It seems her decision was to keep it a secret, but years later the mysterious death of a childhood friend takes him back to Darnshaw. Visiting the apartment where she died brings back the memory of himself as a boy, sitting on the floor of an abandoned apartment, covered in rats. Jessica had been playing a gamed called Acheron immediately before her death, which can supposedly grant wishes in return for the gamer’s soul. Ben worked for the company that made that game, and his sister has been playing it too. Ben is thus persuaded to lead an expedition into the company’s London headquarters in hopes of getting to the truth: are people really selling their souls, and if so to whom?

Of the author’s six novels so far [mid-2017], this is the one definite misfire. As a sequel it’s admirable in that it doesn’t try at all to retread the very successful first book, but it reads like the novelisation of a play or a television pilot. The bulk of it, well over two hundred pages, is pretty much one or two very, very long conversations, with a couple of changes of location to break things up. That makes it a quick read, though, and it is good on sibling relationships, and the way families mess each other up, and it’s interesting to see the long-lasting consequences for the survivors of the previous book. The method by which the game arranges for people’s wishes to come true is fascinating, an excellent idea rich with the potential for stories, but unfortunately that all happens in the backstory, in the dialogue and the revelations, rather than being part of the action of the book. ***