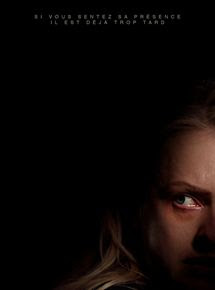 What’s worse than a stalker? An invisible stalker.

There seems to be a trend in recent fiction and film: an attractive, financially successful male attempts to control a female. Perhaps it started with Christian Grey. B.A. Paris’s 2016 novel Behind Closed Doors spawned Jack Angel, a sadistic psychopath who makes Grey look like Mr. Rogers.

Now, The Invisible Man, directed by Leigh Whannell, introduces Adrian Griffin (Oliver Jackson-Cohen). This optics genius controls where wife Cecilia (Elisabeth Moss) goes, what she eats and wears, and even what she thinks. Then Adrian dies (supposedly) and leaves Cecilia a fortune, contingent on her maintaining mental stability and staying out of legal trouble. The widow, however, believes that Adrian is not only still alive, but has also discovered a way to make himself invisible. And now he is doing his best to terrorize her and ostracize her from friends and family members.

The film slathers on the tension from the opening scene (in which Cecilia attempts to sneak away from the sleeping Adrian) to the wily conclusion. Indeed, the story concept has tension built into it: if Cecilia’s suspicions are correct, then Adrian could be present at any moment in any room. The filming technique, with the camera panning or simply focusing on an empty room, reminds one of the Paranormal Activity series. Oppressive music and creepy sound effects add to the atmosphere.

Moss deftly portrays Cecilia as she navigates her own reality and the reality that others impose on her. The viewer identifies with her outrage when someone accuses her of sending a nastygram, or feels her helplessness when her life spins out of her control. During one especially poignant scene, Cecilia spreads coffee grounds across a floor (to see Adrian’s footsteps), then diagnoses her marriage’s faults to an ostensibly empty room. Also impressive are the scenes in which the camera lingers on the face of Cecilia, who appears to be on the brink of a smile.

During this sci-fi/horror film in which a meal can morph into a catastrophe or a moment of bonding can derail into a misinterpreted affront, you’re unlikely to find yourself tuning out. You’ve got to see The Invisible Man.—Douglas J. Ogurek *****