Been over a year since I did one of these, and that’s because I’ve gone through one of those periods where I don’t use my stereo much, other than to output meekly the sound from other devices. First I went through a phase of recording lots of radio on the TiVo, and running it through a long audio lead into my office. Then I realised how many good BBC and NPR podcasts there are now, and had a brilliant time listening to those. I signed up to an Audible monthly plan again and listened to lots of audiobooks. And I’ve pretty much stopped buying CDs, because I don’t have anywhere left to put them. Amazon MP3s are very convenient, downloading automatically or available in the cloud wherever I need them, and they’re often very cheap, so I’ve taken to them in a way I never did with iTunes.

But this week I was in the mood to stick in CDs and leave them to play, and so we have a new Fab Five filling the five slots of my five-CD stereo. Let’s hope it never dies. 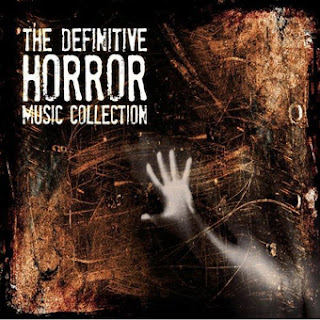 The newest CD here, one I bought out of sadness that there was never a science fiction follow-up to the three volumes of Silva Screen’s Space and Beyond (see below); this was the closest thing I could find. The four CDs work their way back into the history of horror, this one starting in 1983 with Mark Ayres’ version of the Nightmare on Elm Street theme and ending in 1984 with Ghostbusters. Haven’t had much of a chance to get into it yet, but I was a little disappointed that some of the tracks seem to be repeats from the Space and Beyond series (Ghostbusters, Aliens), and a noisy instrumental version of “Bad to the Bone” from Christine drags on a bit too long. On the other hand: The Thing! Halloween! The Fog! 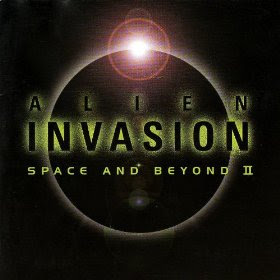 One of my favourite CDs of all time, with suites from The Day the Earth Stood Still, Dune, Star Trek: The Motion Picture (how could music as vibrant as Jerry Goldsmith’s “Klingon Attack” emerge from such a ponderous film?), When Worlds Collide, The Thing from Another World and the original Battlestar Galactica. I’ve been enjoying it so much I bought The Definitive Horror Collection, above, and sought out a CD copy of the original Space and Beyond (featuring Lifeforce, Capricorn One, The Black Hole, Enemy Mine and lots of Star Trek), to replace one of the very few cassette albums we hadn’t yet thrown away. 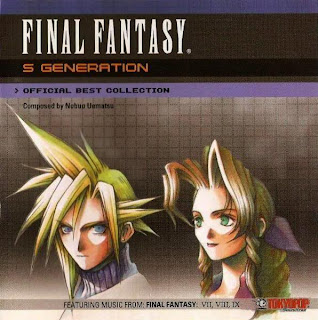 Strange listening to this again. I know these tracks, composed by Nobuo Uematsu and selected from the first three Final Fantasy games on the Sony PlayStation (hence S Generation, as opposed to the companion album’s N (for Nintendo) Generation), used to mean something to me, but now they just remind me that I used to feel something when I heard them, rather than making me feel anything again. Instead, listening to this makes me reflect sadly on how little I enjoy most Japanese games these days, with their frustratingly jobsworthian approach to game saves, cut scenes and grinding. (“These days” in this context meaning: since we had children.) I haven’t finished a game in this series since Final Fantasy VIII. Having said that, “Liberi Fatali” and “One-Winged Angel” still give me a bit of a shiver, just on their own merits. 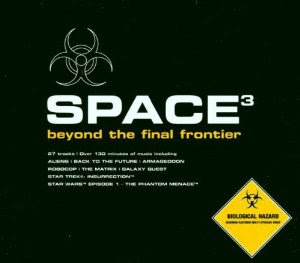 Aliens, It Came from Outer Space, Robocop – I love the music on here. The recordings are so clear, use stereo so well, and sound so brilliant played quiet or loud. There are a few reviews of these albums on Amazon that go on about them not being the original versions. Pshaw! That’s what I like about them. The original versions are usually out there if you want them, in crackly mono in stop-start sequences that make little sense in isolation and feature a handful of refrains repeated ad nauseum. This is something different, with the highlights of the soundtracks made into short, elegant suites, played by the City of Prague Philharmonic Orchestra, and mastered to perfection. A Space and Beyond IV pulling together some of the best science fiction and fantasy themes of the last decade would be brilliant. 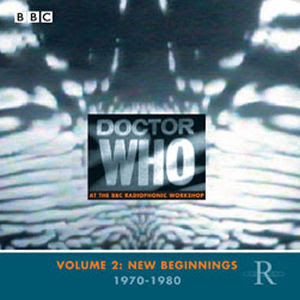 I barely remember listening to this before, which makes me think it must have been a Christmas or birthday gift, quickly overlooked in the rush of new toys! It includes “music, effects, atmospheres and ambiences” from four Doctor Who stories from the Pertwee years, “Inferno”, “The Mind of Evil”, “The Claws of Axos” and “The Sea Devils”, compiled, produced and remastered by Mark Ayres, who was also involved with the three Silva Screen albums mentioned above. The Pertwee era isn’t my favourite period of the show (although oddly I loved the Target adaptations, perhaps because the overlong stories made for fast-paced books), but this works well as an album, spoilt only by featuring five too many variations on the theme music.
Posted by Stephen Theaker