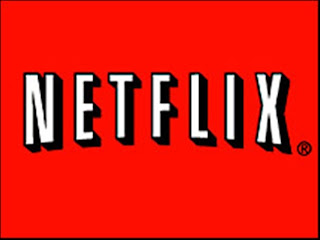 Thought 1. I am loving the new My List option on Netflix UK. I can see why Netflix were against its introduction at first, on the grounds that if you are adding films to it to watch later, that means you don’t actually want to watch them now, and quite possibly never will, especially after you get tired of seeing them in your list every day. Books that have just arrived are always more exciting than those already on your shelf. So I won’t add any films to it, but it’s brilliant for television shows, creating what we’ve always dreamed of: your own custom channel.

Thought 2. In yesterday’s Theakerly thoughts I mentioned a con that had decided against having an official policy on sexual harassment, and it turns out they’ve been just as unimpressed by the idea of panel parity, and responded rather bluntly to a writer who asked if it might be applied to the panel onto which he had been invited. And today we hear they’ve invited a feminist writer to appear on a panel called “Broads with Swords”. Gah!

Some parts of the UK scene do seem to have a mediumly old-fashioned view on these things, i.e. they’ll agree of course that sexism is a bad thing, but disagree with the idea that any action is required. The problem for those parts of the UK scene is that the internet is bringing them into regular contact with more progressive elements, whose use of social media tends to be rather more adept.

After John and I attended a convention panel last year on sexism, he noted wryly that the eminent writer who pooh-poohed the idea that anything should be done had kept a microphone to himself for the entire panel, leaving three women – including the panel moderator – and one right-on fellow to share two between them, meaning he could break in at any time (and did), while the women on the panel had to negotiate before speaking.

Thought 3. Don’t think from the above that I’d consider myself a good feminist. My wife would assure you that I have a long, long way to go. But dudes, we should at least try. Or at least try to look like we’re trying.
Posted by Stephen Theaker