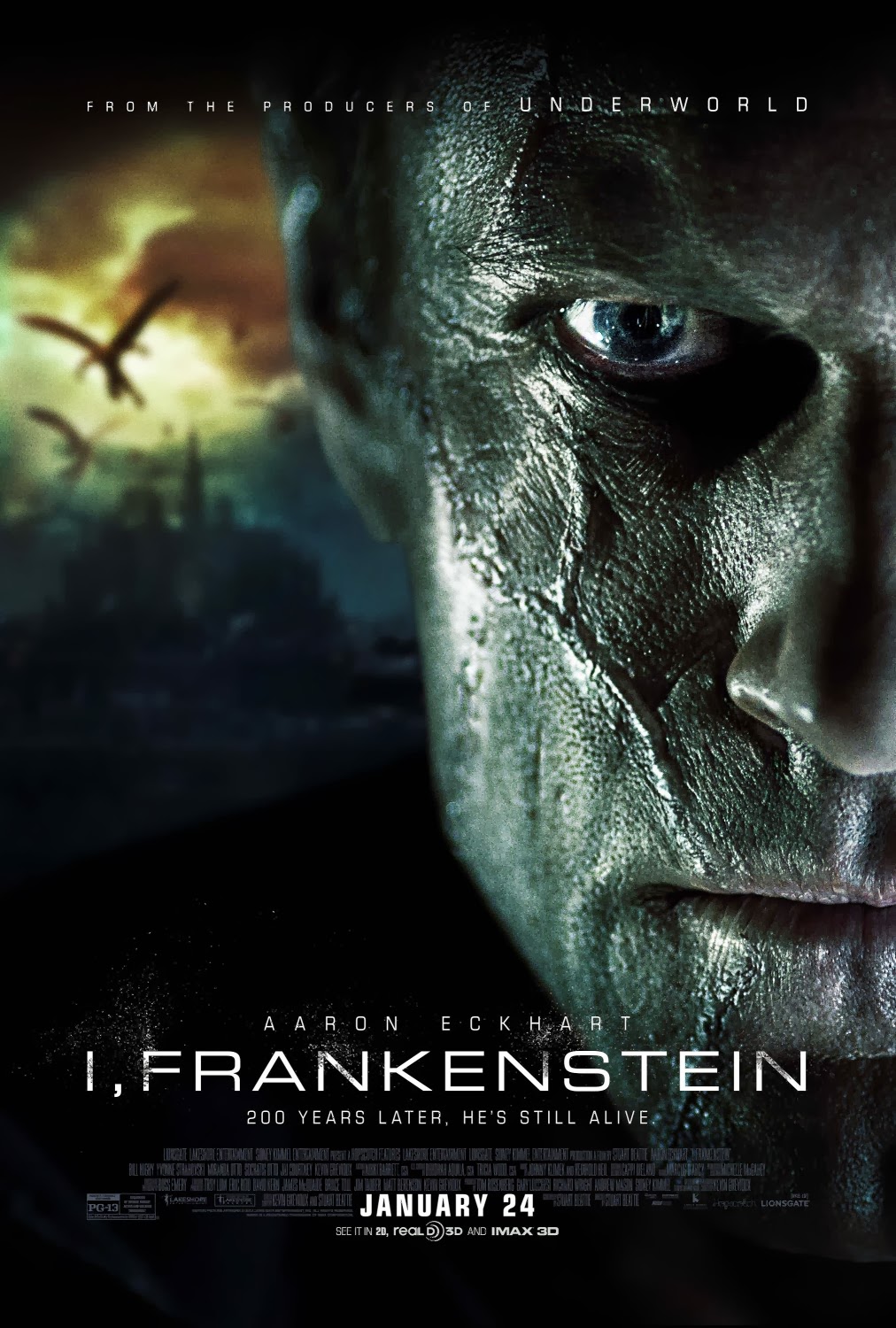 No. I will not join the critics who’ve ganged up to lambast I, Frankenstein, the film inspired by Kevin Grevioux’s graphic novel of the same title. I will not take sides with those who say that they did not enjoy this film because of its one-dimensional characters, poor dialogue, and rambling storyline.

Yes, I, Frankenstein, reminiscent of the Underworld series, is immature, hokey, and at times laughable. But come on! We’re talking about one of literature’s most renowned monsters thrust into a modern day battle between two shape-shifting factions: demons set on destroying the human race, and the Gargoyle Order of angels striving to protect it. And, it’s based on a comic book. What were these naysayers expecting? An Oscar nod?

I, Frankenstein, despite its dumbed down approach and its rigid delineations between good and evil, offers a high-octane reprieve from reality.

Everyone Wants Adam
The gargoyles first spy the stitch-faced protagonist’s demon-slaying skills in the late eighteenth century. They take Frankenstein to their cathedral penthouse hideout, where theatrical leader Leonore sees hope for a soul within Frankenstein. She names him Adam and encourages him to join the Gargoyle Order and the good fight. He’s not convinced the humans are worth it.

The film jumps to present day, in which the battle continues. Adam enjoys picking off demons, less to preserve the human race, and more out of sheer hatred. The Gargoyle Order still wants him to quash their adversaries. However, the demons also want to recruit Adam so they can unveil Victor Frankenstein’s (Adam’s creator) life-giving secret, use it to reanimate the corpses that they possess, and then command their Frankensteinian army to destroy the human race. Ambitious.

Rugged and Refined, Ancient and Current
Canadian actor Aaron Eckhart offers a gruff counterpoint to the more graceful characters who populate this film. They dress impeccably. He wears a hoodie, jeans, trench coat, and big black boots. They have British accents. He sounds (and looks) as if he has been plucked from under a railroad overpass in a rough Chicago neighborhood. Moreover, Eckhart’s husky voiceover augments the dark atmosphere—the only daylight comes in the first five minutes, and that in Frankenstein’s wintry birthplace—that pervades the film.

The film offers a strong contrast between the opposing forces: the demons wear suits and operate a technology-rich lab whose sparse interiors and sterile color schemes suggest a contemporary corporate environment. Conversely, the tech-free gargoyles, still clad in their centuries-old battle garb, reside in the upper chambers of an ornate cathedral.

Bill Nighy plays principal antagonist and lab overseer Charles Wessex, also known as Prince Naberius, head of the demons. Nighy, who had a similar role as Viktor in Underworld, offers a slender, eloquent, and often angry villain who pushes around his human “employees” with all the confident cruelty of the psychopathic CEO. His chief target is the world’s leading electro-physiology authority Terra Wade, who also happens to be beautiful and in her mid-twenties. Would you expect anything else from a film like this? Wade is Naberius’s best hope to replicate Victor Frankenstein’s process so that he can animate the corpses he has collected over the last couple centuries.

Bring the Clunk
If one were to indulge in musings about the protagonist’s internal conflicts (not this film’s strong point), one might consider that Adam, not human, not demon, and not gargoyle, seeks merely to withdraw from the world and indulge in self-loathing. Then, he finds himself in the presence of a matriarchal figure who encourages him to overcome his self-doubt, shed his monster surface, and embrace his role (or his “I”) as a productive member of society. Also, the demons explode into a ball of fire when you kill them.

Early in the film, gargoyle soldiers bring Adam to their weapons cache, where they encourage him to take his pick. He examines two metallic batons. One gargoyle says something like, “You don’t want those. They are blunt, unwieldy, and heavy.” Adam Frankenstein has found his weapon. Clunky, yes, but also shiny and cool. A weapon that might symbolize this film.

If you only like films like There Will Be Blood, then I, Frankenstein isn’t for you. But if you like alpha male protagonists who live a long time, body farms, rigid delineations between good and evil, cathedrals, symphonic music, and of course, explosions, then see I, Frankenstein.