The Witnesses Are Gone by Joel Lane, reviewed by Stephen Theaker 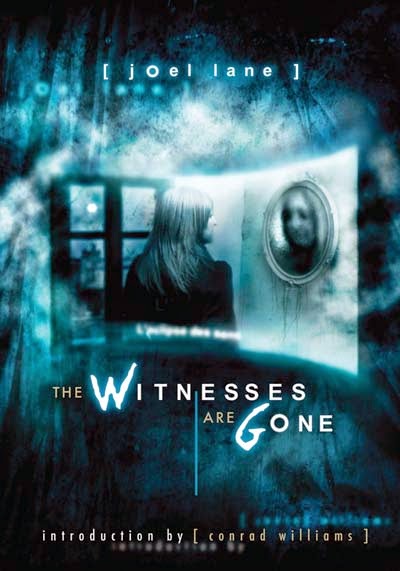 Martin Swann finds a videotape of an old French film in his new house. He doesn’t really enjoy it – it’s depressing, miserable and repetitive – but he can’t stop thinking about it. When he tries to discover more about the director, Jean Rien, he finds only dead ends. He makes the mistake of persisting.

Before saying how wonderful this book was, it’s worth saying first that instead of spending hours searching for old magazines, Martin might have had more luck in his quest if he’d begun by looking Jean Rien up on the IMDB… We can guess what would have happened if he had, of course: he’d have got a page loading error, or at best a page of tantalising titles whose links did not work. But it would have been worth mentioning it: you can’t help feeling that Martin is ignoring the obvious way to find the answers he needs.

Anyway, now that’s off my chest: this is a brilliant book. It combines perfectly certain English, American and Japanese traditions of horror, as exemplified by M.R. James, Lovecraft and Hideo Nakata. But this isn’t a Frankenstein monster of influences sewn together; somehow Lane makes it seem as if they were all part of the same tradition in the first place.

It shares with Lovecraft a moral outrage at the horror: these events are not just horrible or frightening, they are wrong; they should not happen; the world should not allow it. With Nakata it shares an interest in the paradox of film; that it seems more real and substantial than reality. With James (I think, at least – I confess I’ve only seen the BBC adaptations) it shares the idea that there are things in the world best ignored for the sake of your own happiness.

It’s grounded in everyday detail (Martin watches DVDs of Angel with his girlfriend), which makes the strange things that happen even more anomalous. Most of the time Martin’s life is normal, mundane. When the supernatural (if that’s what it is) intrudes, the reader is knocked off the rails all over again. While the tone is unsettling throughout, two or three sequences are utterly terrifying.

Perhaps the book’s biggest achievement is that you’re left wanting to see the films described, despite the inevitable consequences for your sanity… This was a superb book, one that I read in a single sitting; I refused to let myself sleep until I’d reached the end. And once I’d reached the end, I could not sleep.