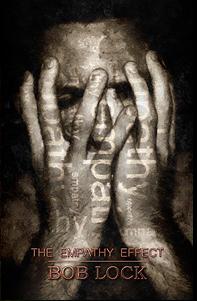 Time was, novelists would invoke the threat of bank robberies, assassination or treason, and this would be sufficient for the reader to prick up their ears and steam with indignation that such crimes should be endured. Surely something should be done… at which stage, enter the protagonist. Nowadays most fictional criminals attract more adulation than opprobrium, which is why, when casting about for a suitably unpleasant villain, so many writers plump for the universally reviled paedophile. With a child molester, you can’t really fail to invoke a churning sense of unease and revulsion in your reader.

Bob Lock attempts a similar move in this light-hearted and vaguely supernatural crime thriller, giving his hit-man Simon not only a fondness for dishing out pain, but also for underage schoolgirls. Unfortunately for Lock, like so many others before him, once he’s wrested that big sack of emotional distress into his shopping trolley, he really doesn’t know what to do with it. He’s certainly not interested in dealing with the psychology of child abusers in a considered way. It’s only a thriller after all, and the chained up schoolgirl is merely what’s at stake: unless the protagonist gets his act together, then the evil Simon will have his depraved way with seven year-old Kim Siong.

As a reader I’m uncomfortable with this easy use of paedophilia to punch-up the emotional tension. I got the feeling that the author was a little shaky about it too: we see very little of the kidnapped girl beyond a few downcast looks from the depths of her warehouse prison. Sympathy for the potential victim is rather muted, and quickly overshadowed by loud expressions of indignation about some vicious dog-fighting enthusiasts who appear around the middle of the novel. One can feel the author’s relief that he can now express some uncomplicated pity and outrage about these abused innocents. And perhaps in animal cruelty the book has stumbled upon one of the few other remaining unforgivable crimes of fiction. Nobody, to my knowledge, has yet tried to write a book about a gang of cool dog-fighting enthusiasts. Clooney and Pitt will never appear on screen as a pair of glamorous donkey neglecters. The British can be relied upon to hate the perpetrators of animal cruelty almost as predictably as we foam at the mouth at the suggestion of child abuse.

It’s an animal-human relationship that receives probably more attention than anything else in the story. Relentlessly chipper alcoholic Welsh traffic warden Cooper Jones has the ability to feel the emotional states of others without the usual sensory clues the rest of us rely on. After he becomes subject to a mysterious vendetta, he eventually teams up with Alby, a Jack Russell who’s a ‘bit of a character’, and like a Welsh Turner and Hooch team up to track down the villains.

There’s a couple of technical problems: we begin the story with Cooper strapped to the end of a pier with industrial cling-film. He describes his predicament in the present tense, and proceeds to explain just how he got himself into this mess. But then, on page 83, while waiting for a taxi, he switches back to the present tense as though he is telling the whole story from this point in time. The same thing happens a couple of times on page 99.

Details aside, my main gripe with The Empathy Effect was with Jones’s endless wisecracking and humorous asides. At one point he feels compelled to tell the reader that he has big feet – cue a gag about how ducks are jealous of him. Whatever situation he finds himself in, whether he is being tortured by psychopaths, running away from the police, finding a severed finger in his bag of chips, Cooper Jones can always be relied upon to attempt some light-hearted banter. I was relieved when the narrative left him behind for a few chapters to concentrate on the baddies, who cracked less lame jokes, even if they were rather too fond of ramming home their depravity with Dr. Evil-style arch comments and raised eyebrows. Cooper reminded me at times of an adolescent blogger at pains to convince his putative readership that every incident in their humdrum lives is actually fraught with absurd humour and noteworthy weirdness. But there are some things that, however many leaden quips one attempts, remain resolutely unfunny, and I’m afraid I have to count this book among them.