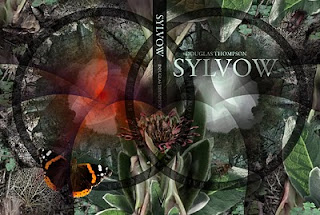 Eibonvale Press will be releasing two brand new works at FantasyCon, including the second novel by a frequent contributor to the pages of TQF and Dark Horizons, Douglas Thompson. The novel is Sylvow, and Douglas will be reading from it on the Saturday morning at 10am in the dealer’s room.

In the city of Sylvow, brother and sister Claudia and Leo Vestra made a childhood promise to each other: he would look after the plants and she would look after the animals. Unlike most promises, both of these were kept – each in their own way. Claudia is now a vet – looking after pampered pets or putting down strays and leading a mundane life in the city. Leo, on the other hand, disenchanted with modern urban life, has abruptly abandoned his wife and disappeared into the surrounding forest, his only contact with the outside world being a sequence of dramatic and prophetic letters –increasingly convinced that a semi-sentient natural world is preparing to rebel against its human irritants.

Nature is a strange thing – although we have done an amazing job of cataloguing and observing it, we still know very little about it. Nature always surprises – and always changes, especially under an external influence such as humanity’s devastating effect on the environment. This book follows its cast of characters through a spectacular clash between everyday life and life on the evolutionary scale – as society dissolves and is stripped away under the onslaught of surreal environmental disaster. Douglas Thompson has dug deep into the inevitable guilt that we all feel, as a culture/species, for the disastrous state of civilization and its effect on both ourselves and the world around us. Sylvow incorporates elements of literary surrealism, philosophy, horror, disaster novel and science fiction into a visionary and highly original work.

Douglas is also a contributor to Blind Swimmer, an anthology on the theme of creativity in the wilderness, with an introduction by Joel Lane:

Isolation is a subject that humans have a tricky and contradictory relationship with. On the one hand we fear loneliness, seeking to banish it with contact with others and suffering considerable negative effects from it sometimes. Fundamentally we are a gregarious species. But on the other hand, a contradicting force often sends us desperately seeking isolation. Maybe this is a symptom of the world we live in that creates the need to escape from it in order to actually achieve things. Or maybe it is a deeper dichotomy in our own psyches. Writers in particular feel this dichotomy, which must be why it is quite a prevalent one in literature. Lovecraft, for instance, wrote about little else. Blind Swimmer is an anthology of stories and novellas that seek to explore this isolation, especially in terms of creativity and in terms of how that isolation relates to the outside world.

The anthology is also a kind of "sampler" and snapshot of Eibonvale Press itself at this key moment in time, featuring all of its writers to date, past, present and near future, in a fascinating experiment in collaboration, with various contributors playing off each other and all giving their best towards a sum greater than its parts. Featuring: Joel Lane, Nina Allan, Gerard Houarner, Rhys Hughes, Brendan Connell, David Rix, Allen Ashley, Jet McDonald, Douglas Thompson, Terry Grimwood, Alexander Zelenyj, and Andrew Coulthard.

Reviews of both should be forthcoming here just as soon as I have time to read again… For more information see the Eibonvale blog and the Eibonvale website.
Posted by Stephen Theaker