We hate it when our friends become successful... 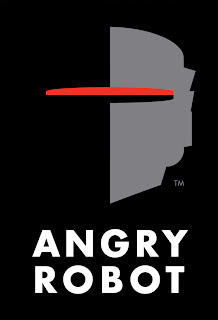 ...especially when they are at least a dozen years younger and so very much better looking!

Bitter, crippling jealousy aside, we're really, really chuffed for Theaker's Quarterly Fiction (and Dark Horizons) contributor David Tallerman, who has just been snapped up by up-and-comers Angry Robot – and an agent too. Here's the info about the first book:


"The notorious Easie Damasco is a rogue and a thief and a scoundrel, who somehow always lives to see another day. In the first of his outlandish adventures, Giant Thief, Damasco manages to steal the wrong treasure and ends up with an entire army on his tail. Riotous swashbuckling adventure in the popular tradition of recent fantasy successes Scott Lynch and Joe Abercrombie, the Easie Damasco adventures will run to at least three books."

More details here and here. Congratulations to David – and to Angry Robot!
Posted by Stephen Theaker