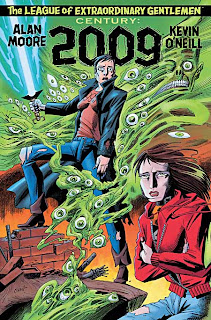 Not all acorns grow into oak trees, and some notes never resolve themselves into proper reviews. Sometimes it might be a lack of time, sometimes a lack of anything interesting to say, and sometimes it's just that by the time I come to write the review I've forgotten most of what happened!

So: I've taken ten of those bits mouldering at the back of my reviews closet and put them up on Goodreads. Don't expect much and you won't be disappointed!

NB: none of these books and comics were submitted to us for review – these were all things I bought. Once we've read something submitted for review, it gets a proper review, even if it takes us years and we do have to read the whole blinkin' thing again!