Interzone #252 coming soon (featuring a page by me) 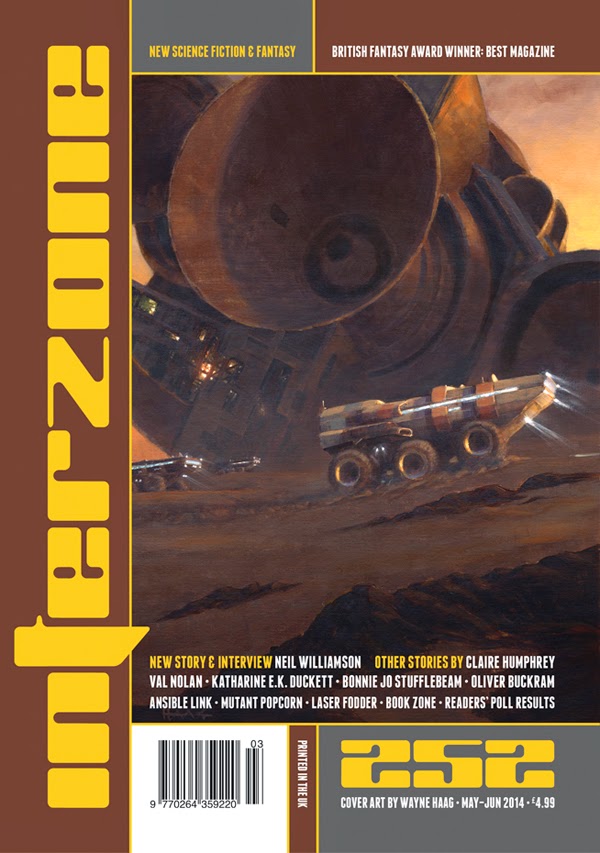 Interzone #252 is out soon, including my review of Nnedi Okorafor's Lagoon. Appearing in Interzone will never stop being exciting, even if it is jolly hard work - I can't quite blather, gush or rant like I do in my more self-indulgent reviews for TQF.

There are six stories in this issue: The Posset Pot by Neil Williamson, The Mortuaries by Katharine E.K. Duckett, Diving Into The Wreck by Val Nolan, Two Truths And A Lie by Oliver Buckram, A Brief Light by Claire Humphrey, Sleepers by Bonnie Jo Stufflebeam. And those are illustrated by Richard Wagner, Warwick Fraser-Coombe, Wayne Haag and Martin Hanford.

There's also the next instalment of Jonathan McCalmont's excellent and provocative Future Interrupted column, David Langford's Ansible Link, and an interview with Neil Williamson about his new novel The Moon King (which is already on my Kindle).

More information and subscription details on the TTA Press website.

PS. Look out too for Black Static #40. Doesn't feature me this time, but it's from the same publisher and is produced to the same high standard.
Posted by Stephen Theaker