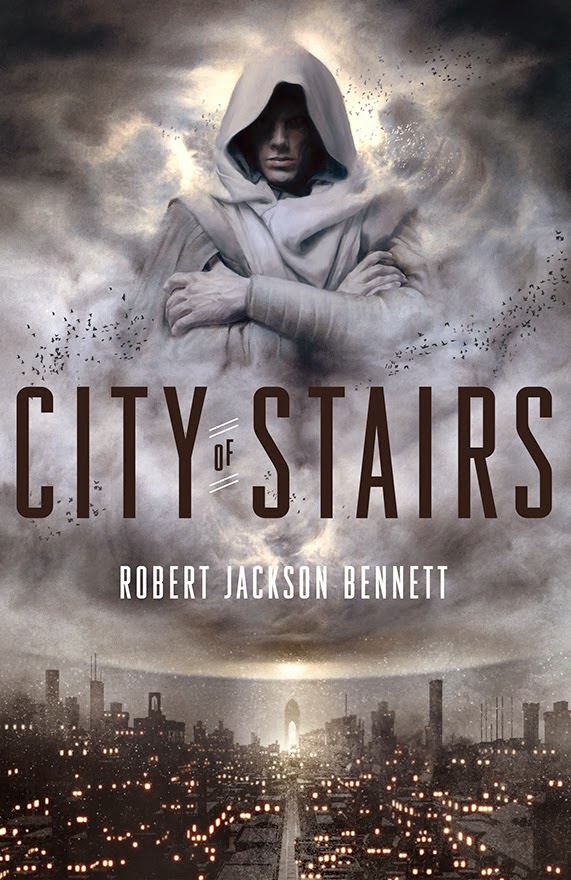 In City of Stairs by Robert Jackson Bennett (Broadway Books (US); Jo Fletcher Books (UK), ebook, 9396ll) the cruel, capricious gods have been killed by the people they oppressed and all the miracles they performed have been undone, leaving a world that no longer quite makes sense, and is ruled by their former slaves, the Saypuri. Bulikov, former capital of the gods’ empire, has been left in a particularly curious state, with transparent walls, staircases that lead nowhere, and other weird anomalies. It is the year 1719 and a Saypuri investigator has taken it upon herself to look into the murder of a friend. Like Columbo, her plain appearance conceals a sharp mind. Dangerously sharp: it’s going to get her into a lot of trouble. Bulikov is rife with conspiracies and secrets.

This is a book I loved to bits; it entertains on every level. There is the plot, of course, the mysteries uncovered one by one, the revelations and twists and discoveries. There are echoes of our world – it’s a bit like Taiwan and China, a bit UK and India, a bit USA and Mexico – but for a nice change it’s not a bit like medieval Europe. At the end of many chapters the reader is simply left dazzled by the pace of events in them – the sheer volume of cool stuff. Dead gods, vile monsters, lost kings, fractured realities, politics, oiled-up battles on frozen rivers, sex and hopeless romance – it is rich without ever feeling too much. This is exactly what I want when I read a fantasy novel: a strange new world where thoroughly interesting things that could never happen here are happening.  ****
Posted by Stephen Theaker