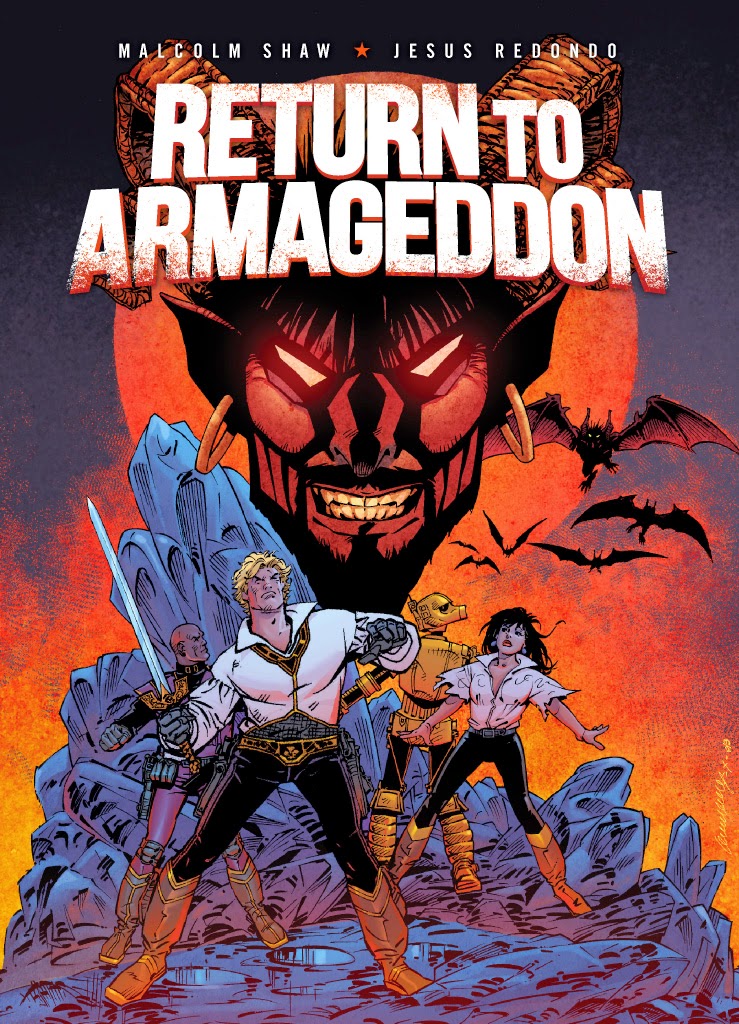 In Return to Armageddon (2000 AD, pb, 148pp) spacers find the frozen corpse of the devil on the other side of a deep space anomaly. As you’d expect of any mad scientist worth his salt, the on-board doctor extracts cells to create a clone. Or was it two clones? Two babies are found with his dead body, one cute as a button, the other with black wings and cloven hooves – the Destroyer! The dead are soon walking the spaceship’s corridors, and that’s just the beginning of a story that ends up with Earth under the devil’s rule, humanity nothing but the squealing meat of Satan’s servants.

This strip by writer Malcolm Shaw and artist Jesus Redondo (with two episodes by Johnny Johnson) began in 2000 AD’s third year of publication, and ran continuously from issue 185 to 218. It’s the kind of thing that made 2000 AD Extreme Edition one of my favourite comics: a self-contained adventure story I’d never read before. It is a serial through and through, its only concern to make every episode the most gobsmacking yet, unceremoniously discarding characters and plotlines the second they’ve outlived their usefulness.

And like so many other stories from 2000 AD’s early days, reading it left me gutted that I wasn’t reading this stuff when it came out (though the Eagle and Doctor Who Weekly were good too). I would have loved its gleeful goriness and boyish malice towards its own characters. This is a comic for kids in which the hero – who spends much of the story as a miserable unkillable monster – returns to Earth after a thirty-year absence to find the oceans are now “vast cauldrons of boiling oil” full of people, and both sides of the planet are in perpetual darkness, the only light “coming from burning corpses”. Kids love that stuff. Me too.  ***
Posted by Stephen Theaker