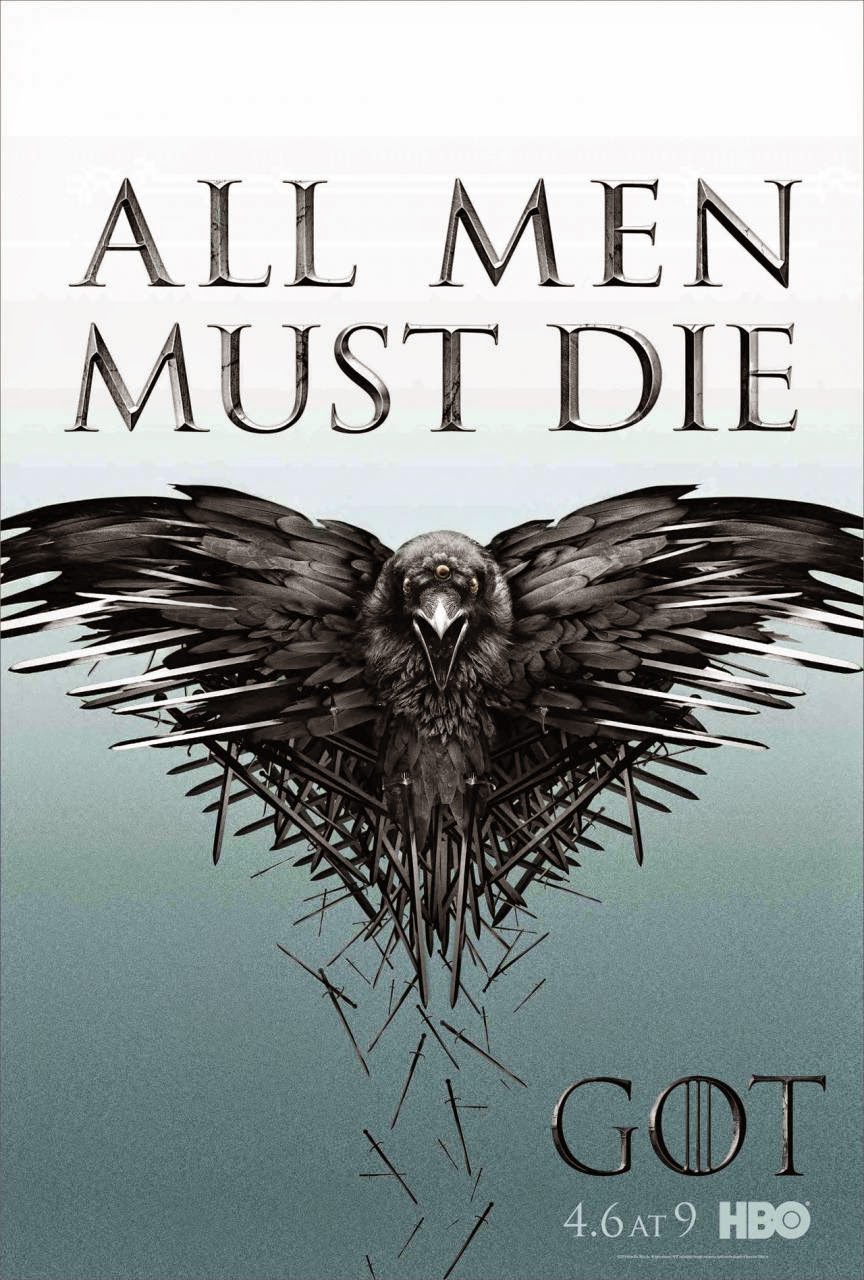 Game of Thrones, Season 4 (Sky Atlantic/HBO) feels for a while as if it has hardly moved on from the beginning of the previous season. Jon Snow is still bumbling around beyond the wall, Sansa still wandering with the Hound, Daenarys is marching around Slavers’ Bay with her army, and Joffrey is still doing bad things like the bad little king he is. The weird army we saw marching at the end of season two has yet to arrive anywhere. In television we’re used to things moving rather more quickly, arcs concluding at the end of a season and new arcs beginning the season after. That doesn’t really happen with Game of Thrones, but season three came to a famously cataclysmic conclusion, and the ripples of that final episode become tidal waves in season four. It’s the aftermath of some things, the beginning of others, and there’s a great big battle by the end featuring the programme’s best special effects yet.

As ever with HBO, the gratuitous female nudity plays havoc with the tone, but I’m still enjoying Game of Thrones very much. If there’s a new episode to watch, that’s what we’re watching. The production quality is stupendous, costumes and set design as good as any film I can think of in this genre. The cast is incredible, and always getting better. Indira Varma is a welcome addition this season, not least because this is one programme where her violent death (I assume it’s coming eventually!) won’t come as such a dreadful shock. Her Torchwood colleague Burn Gorman is almost unwatchably horrid as the leader of a gang of depraved deserters from the Black Watch. Diana Rigg joins as a schemer with a grandmotherly air, but the standout new character of the season is the Spanish-ish Viper, a dashing hedonist with a thirst for vengeance.

Westeros and the surrounding lands are a horrible place to live, even for the richest and most powerful. That absence of security, and our knowledge from previous years that any character could die at any time, makes every battle scene, every trial, every flight from danger – even every harsh glance or raised eyebrow! – a source of intense drama and excitement. It all has weight. This season lacks a bit of mystery: Bran’s mystic quest for a three-eyed raven is less than intriguing, and most events and motivations are presented clearly to the viewer. But perhaps other programmes focus on secrets of the past so much because their futures are so limited, except when contracted cast members decide to leave. It’s thrilling to have one programme where (unless you’ve read the books, and I won’t until this show has finished) you really don’t know what’s going to happen.
Posted by Stephen Theaker