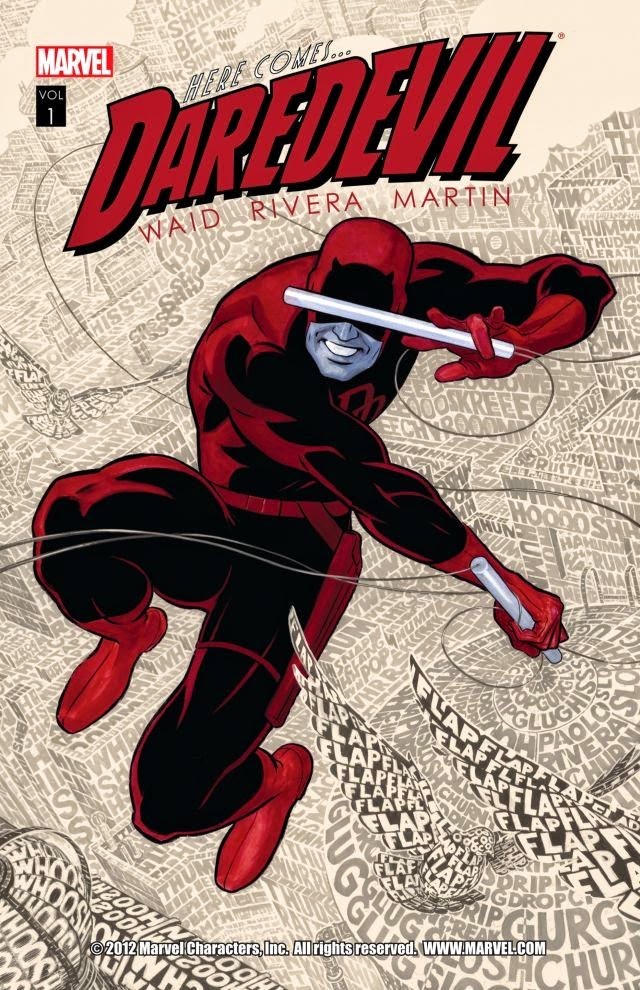 Mark Waid applies a soft reboot to the Man Without Fear, referencing the dark stories of previous years but permitting Matt Murdock to make a conscious decision to let it go and make a fresh start. Yes, his secret identity made the news, but who believes what they see on the news any more? Taking new cases when there’s a media brouhaha is tricky, but Matt and loyal legal partner Foggy Nelson decide to work behind the scenes, coaching litigants in person, and that leads Daredevil into encounters with new enemies. To someone who has read the headline Daredevil stories – like those by Frank Miller, Kevin Smith and Brian Michael Bendis – without digging deep into the back catalogue, this felt like a novel take on the character. Less grubby than usual, with a bright colour palette and a good deal of humour; Daredevil’s a supersniffer, so he wants Foggy eating fresh food instead of Wotsits. With its acrobatic and cheerful but still-damaged hero, strong design sense, and science adventure elements, Waid’s Daredevil is reminiscent of Mike Allred’s Madman, though it’s a bit less poppy and zany. The writing and art are clever and imaginative, the stories showing the many uses to which the blind superhero can put his supersensory powers, and the artists, Marcos Martin and Paolo Rivera, finding many clever ways to show how those powers work – the cover being a good example. It’s nice to see Daredevil dragged out of the doldrums and having some fun.  ***
Posted by Stephen Theaker