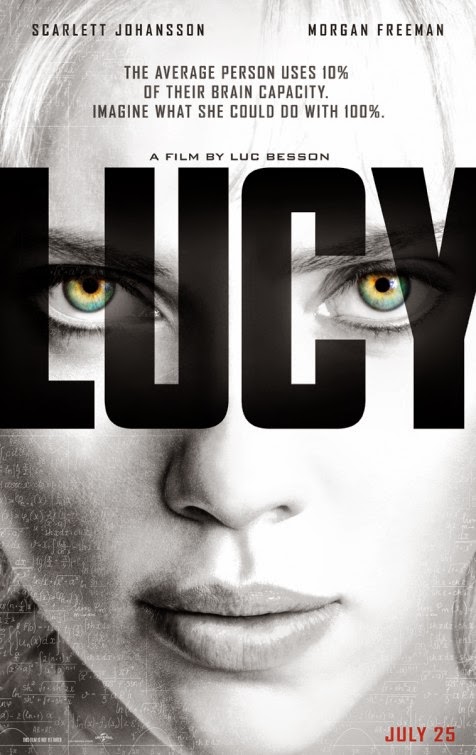 Sorry to say it, but Lucy would be a better film if Morgan Freeman’s scenes were cut. It’s no fault of the actor: his character’s lecture on accessing the full potential of the human brain is so daft that if I’d been watching on TV I’d have changed the channel. In the cinema, I got through it by deciding that this film takes place on an Earth where animals really do use only a few percentage points of their brains – though why would evolution encourage them to do so? – and human brains are similarly wasted.

Until Lucy, that is, who while being forced to act as a drug mule gets kicked in the belly, making an experimental drug leak into her system. It’s an artificial replication of the substance that lets a foetus develop so quickly in a mother’s womb, and the effect on Lucy is to cause all the cells in her body to be replaced at an incredible rate, letting her “colonise” her own brain and acquire incredible powers.

Super-strength and super-intelligence come first, then later telekinesis, mind control, changing her physical appearance, and tapping into electronic communications. By the end she can do pretty much everything she sets her mind to, apart from, apparently, dealing adequately with the gangsters who want their drugs back, leading to a bloody massacre of the police protecting the university laboratory where Lucy tries to save herself.

Lucy would be a typical film from the Luc Besson European action factory, another in the line of The Transporter, Unleashed and Taken, all guns, gangsters and car chases, but it’s a bit better than that for two reasons: the science fiction angle, because although the science is ludicrous, the powers in action are great fun; and Scarlett Johansson, who is compelling and committed, giving an Oscar-level performance in a film that seems surprised to contain it.