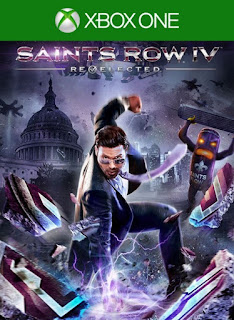 An Xbox One re-release of the lovably reprehensible Xbox 360 game, including two expansions, Enter the Dominatrix and How the Saints Saved Christmas, this picks up in gameplay terms from where the Saints Row: The Third expansions went: superpowers. Jumping over (small) buildings in a single bound, almost as fast as a speeding bullet, and throwing blasts of ice and fire like Spider-Man’s amazing friends. When the game begins you are president of the United States of America, and Keith David is vice-president. Luckily the tedium of governing the nation is broken by an alien invasion, who abduct you and your staff and at least some of the human race before blowing up the planet and sticking you all in a computer simulation of your home town. Yes, this series may have begun as a cheap knock-off of Grand Theft Auto but it’s carved out territory of its very own in the places other grown-up games don’t go: the ludicrous, the unrealistic, the absurd, the capricious. It’s post-modern, metatextual, and constantly self-referential. The Enter the Dominatrix expansion, for example, is presented as a series of deleted scenes from the main game, with the characters from the game commenting on their portrayal in the scenes and their performances, and climactic sequences shown as pre-vis rather than expensive cut-scenes. There are aspects I don’t much like: search for the game on Google Images and you’re likely to see unflattering snapshots of strippers, bondage gear and giant dildo bats. However, the option to customise your main character means that this can be (and was for me) a game about the amazing brown-skinned female president who saved humanity. While wearing nifty costumes, like a pirate suit or a superhero costume or pretty much anything else you can think of, up to and including a giant Barack Obama head. And then she makes friends with a race of dinosaurs! This may not ever be a series of games that I’ll buy on release day, but when the DLC is bundled in and you can get it for a good price it becomes an essential purchase. There is a deep well of nonsensical fun and intelligent idiocy here that other games would do well to draw on. The item I’d like to take from this game into others: the Christmas dubstep gun, that makes everyone bounce around to a Yuletide jingle. Stephen Theaker **** 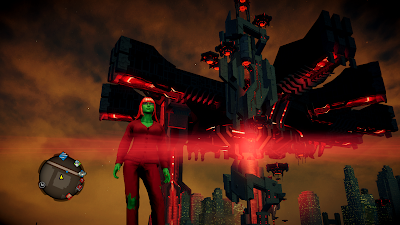