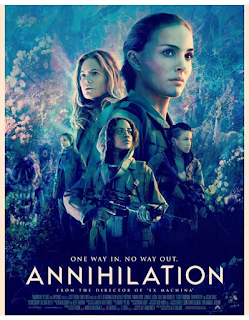 One last post in this failed series before the actual awards are announced!

An odd thing about this category is that it is an all-male shortlist, meaning that the jury was presented with an all-male preliminary shortlist, and despite the idea of egregious omissions being to rectify such situations, they decided to add two more items written by men. Perhaps they felt that the items they added were just so good that they had to be considered egregious omissions, regardless of the creators’ sex. Anyway, here's what I thought of the nominees:

Inside No. 9, series 4. This is such a great show. Innovative in its structure and storytelling, and telling a wide variety of stories. There's a wonderfully-observed story about a former comedy duo that went bad. Another about a house full of dead bodies, told in reverse. The problem with regard to this award, though, is that only one of the six is a fantasy story, and this is a fantasy award. A Halloween special out in 2018 was a supernatural story (and a very good one too), but isn't part of series four. Even if included, that would still only be two episodes out of seven: a typical example of the tendency of BFS and FantasyCon members to treat these as awards for things and people they like, regardless of genre. My rating: five stars. To-win rating: 1/10

The Haunting of Hill House, season 1. I started watching this when it came out but stopped after a couple of episodes, not at all grabbed. Watching it now for this project, it was definitely better than I had thought at first. Watching on my own late at night gave the scares quite a boost, but also it all become more meaningful once I had a handle on which kids were which adults. It had some extremely effective scares, both jump scares and slow creeping terror scares. Episode six, with what gives the impression of being one long shot for its first half, is an absolute tour de force. Some of the ghostly appearances are made even more frightening by being so subtle and unnoticed by the protagonists. But the ending isn't great: it gets quite soapy, there isn’t much of a pay-off for some things, and by the end the house starts to feel rather like a retirement home. My rating: three stars. To-win rating: 5/10

Spider-Man: Into the Spider-Verse. I thought this was very good fun, though it felt like the Superior Spider-Man was missing – it might have been hard to work him into the film, but the tension he created in the original comic was one of the best things about it. Maybe they’re saving him for the future. And where were the monsters eating spider-people? As a comics fan, it did feel a bit like this was praised to the heavens for doing things that actual comics have been doing for decades. It was a nifty film, though, and all the spider-people in it were a lot of fun. My children have watched it lots of times and still want to watch it again. My rating: three stars. To-win rating: 6/10

Avengers: Infinity War. Most of you have probably seen it. It’s a stunning achievement in film-making. It’s the culmination of a decade of big budget storytelling on a scale that cinema has never seen before. And it’s fine. I enjoyed watching it a lot. It made me laugh lots of times. It had lots of my favourite characters. It had that astonishing ending, the kind of ending you can only have when you know that there’s going to be a sequel. I appreciate that it showed me things no other film could have managed. But Captain America: The Winter Soldier and Thor: Ragnarok were just that bit better. My rating: three stars. To-win rating: 7/10

Black Panther. After watching this, I said to my family that what Jack Kirby was to comics in the twentieth century, he might well be for cinema in the twenty-first. Now we also have New Gods, Eternals and one hopes a real Fantastic Four film on the way. I thought this was by far the most Kirby-esque of Marvel’s films I had seen at that point, in look and feel and kineticism, and as well as all that it was a good adventure with an excellent villain and supporting cast. Black Panther himself was maybe a bit overshadowed. My rating: three stars. To-win rating: 7/10

Annihilation. I loved this film. It was beautiful and strange, with a tremendous cast doing brilliant work. More than any of the other nominees it addressed our future, and the likelihood that there will come a point where we’ll lose control of our environment and be faced with the necessity of adaptation. I really would love this to win. My rating: four stars. To-win rating: 8/10

Will that win? I’m guessing it probably won’t. It’s been a bit of a marmite film, and some people really don’t like the last bit. It would be barmy for Inside No. 9 to win, and I don’t think Hill House was quite good enough to win, but I think it could go to any of the three Marvel films. I’ll guess Spider-Verse, because the people who love it really, really love it.

My children (having seen everything but Hill House and Annihilation) reckon that Spider-Verse should win, but that She-Ra and the Princesses of Power should have been on the shortlist and it is better than any of them. ("Obviously!")
Posted by Stephen Theaker