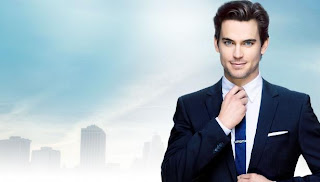 Thought 1. Received our first ever payment from Amazon in respect of Kindle sales. I think we finally reached a magical £20 barrier, and it only took three years or so! The future is bright!

Thought 2. I’m beginning to wonder whether, if one purpose of genre societies is to give people involved in that genre something in common, the mistakes they make can actually be a good thing. Writers are happy to have something to talk about, about which to be interesting and clever, even if it makes them mad. The logical consequence of this is that societies should actively plan to do something controversial on a regular basis!

Thought 3. Ranjna and I have finally started to get into Breaking Bad. In the same way that it’s hard to get Ranjna to watch dramas made in the UK, it’s hard getting me to watch dramas without aliens or spaceships. I try to kid myself that Breaking Bad is set in the early days of Borderlands, before things got really crazy, or maybe a retro town in the Firefly universe. Lawrence of Arabia was much more fun when I imagined it was set on Arrakis.

Thought 4. We watched Left Behind: The Movie last weekend. It’s an odd film about an attack on the United States of America (and, though not shown on screen, the rest of the world) by the shadowy head of a religious organisation with its roots in the Middle East, who kills over 125 million people directly (I think that was the number), many of them children and babies, all of them entirely innocent and wiped from the face of the earth in an eyeblink. Untold millions more are indirectly hurt and killed, for example as a result of planes and cars crashing after their drivers are killed. Astonishingly, the film sides with the quislings who think the best course of action is to start worshipping the mass murderer! Hopefully the second and third instalments will show us some real American heroes who won’t stop fighting till they end his atrocities forever.

Thought 5. I love shredding my to-do lists. Partly because it’s so satisfying to be done with the day’s work, and partly because we have lovely orange Niceday to-do pads that make very attractive strips, but also because there’s absolutely no need to shred them at all, and I love the idea of someone patiently piecing them together in the hope of finding some useful personal information.

Thought 6. I also love Pop Culture Happy Hour, the podcast from NPR, which I started to listen to a couple of months ago. It’s refreshing to hear people talking intelligently about their love of television, movies, games, comics and music, without the specimen-on-a-slide feel that you get when similar subjects are considered in, say, the BBC’s Late Review. They talk about what they love, but don’t ignore the things they find problematic. They’re also really decent about avoiding spoilers, which makes it listenable even for those of us in the UK.

Thought 7. Still on podcasts, Rambling Through Genre, Episode 8 features Lizzie Barrett, one of the jurors on this year’s British Fantasy Award for best newcomer (also known as the Sydney J. Bounds award), which comes up briefly, though Lizzie is appropriately discreet! The sound quality is poor, but Lizzie and the hosts have lots of interesting things to say. Well worth a listen. Elsewhere, Lizzie has suggested that such awards might be better judged anonymously to lessen bias, which is an interesting thought, one that might become practical as more publishers submit work for judging electronically. It would be harder to make it work with paperbacks, which often have the author’s name on every other page. It would also, as Lizzie mentions, mean nominations couldn’t be announced until the judging was done. But certainly an idea worth bearing in mind, and a good thought experiment.

Thought 8. I hope not to become a word count bore, but my plan to write 250 words a day seems to be working out. I’ve kept the chain going for over three weeks now. Admittedly, many of those words have been going into blog fluff like this, but the reviews are stacking up too, as well as a few bits of fiction. By the time we reach November I hope my writing muscles will be all set for NaNoWriMo, which I haven't won once since standing down from being an ML. I’m also finding it quite therapeutic; where things are bothering me I can write something about them here. Some thoughts may not ultimately be suitable for publication (there were originally thirteen thoughts in this post!), but it’s healthy to write them down and get them out of my system.

Thought 9. I was listening today to Peter Sagal’s appearance on NPR’s trivia quiz show, Ask Me Another (podcast 222, from 5 September 2013), and he was asked about the worst ever experience when hosting his own NPR quiz show, Wait Wait… Don’t Tell Me!, which is like a laid-back, avuncular version of our own News Quiz. Turns out it was the time they had Simon Amstell on as a panellist. Can’t believe I missed that one. Sounds like a classic example of Amstell’s comedy of awkwardness. Apparently he made fun of the show’s beloved topical limericks and the crowd turned against him! Peter Sagal said Amstell had obviously never heard their show before (how many people in the UK have?), but you can’t imagine they’d seen anything of his either if his approach came as a surprise. Peter Sagal did say he found it very funny. I hope I can track that full episode down, but there are highlights here.

Thought 10. I’ve been listening to the five new Pixies songs so much that I’m beginning to worry about wearing them out, so I’ve mixed in a few Black Francis/Frank Black/Grand Duchy songs that are in the same vein. “Black Suit” is the one of those that I’d really like to hear the Pixies record or perform. Always makes me think of Matt Bomer in White Collar.
Posted by Stephen Theaker