Yesterday was the launch of Pilgrims at the White Horizon, and, astonishingly, even though it was the night of the UK premiere of Marvel’s Agents of S.H.I.E.L.D. and the last ever episode of The IT Crowd, people came!

A few photos of the event, which took place at The Light House Media Centre in Wolverhampton.

Here is Michael Thomas reading from the book: 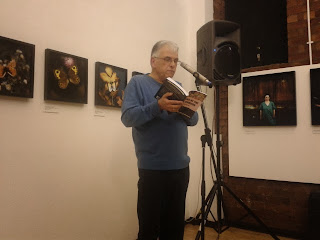 And from a distance: 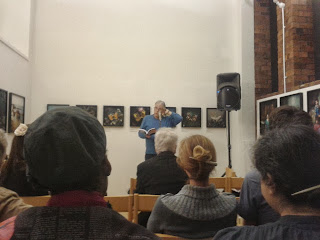 And here he is being quizzed about the book by Campbell Perry: 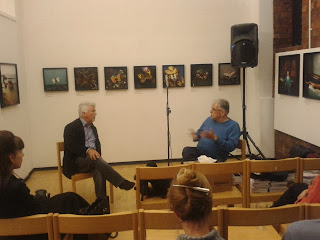 As I mentioned at the launch, this is probably the oddest novel I’ve ever finished reading. But then it is a sequel to The Mercury Annual, a book that ended with what was effectively a sixty-page conversation!

Be sure to give this one a chance to cast its peculiar, poetic spell on you!

More information about the new book will appear on the site tomorrow, to coincide with its predecessor being free for a few days.
Posted by Stephen Theaker