Injustice: Gods Among Us, Ultimate Edition, reviewed by Stephen Theaker 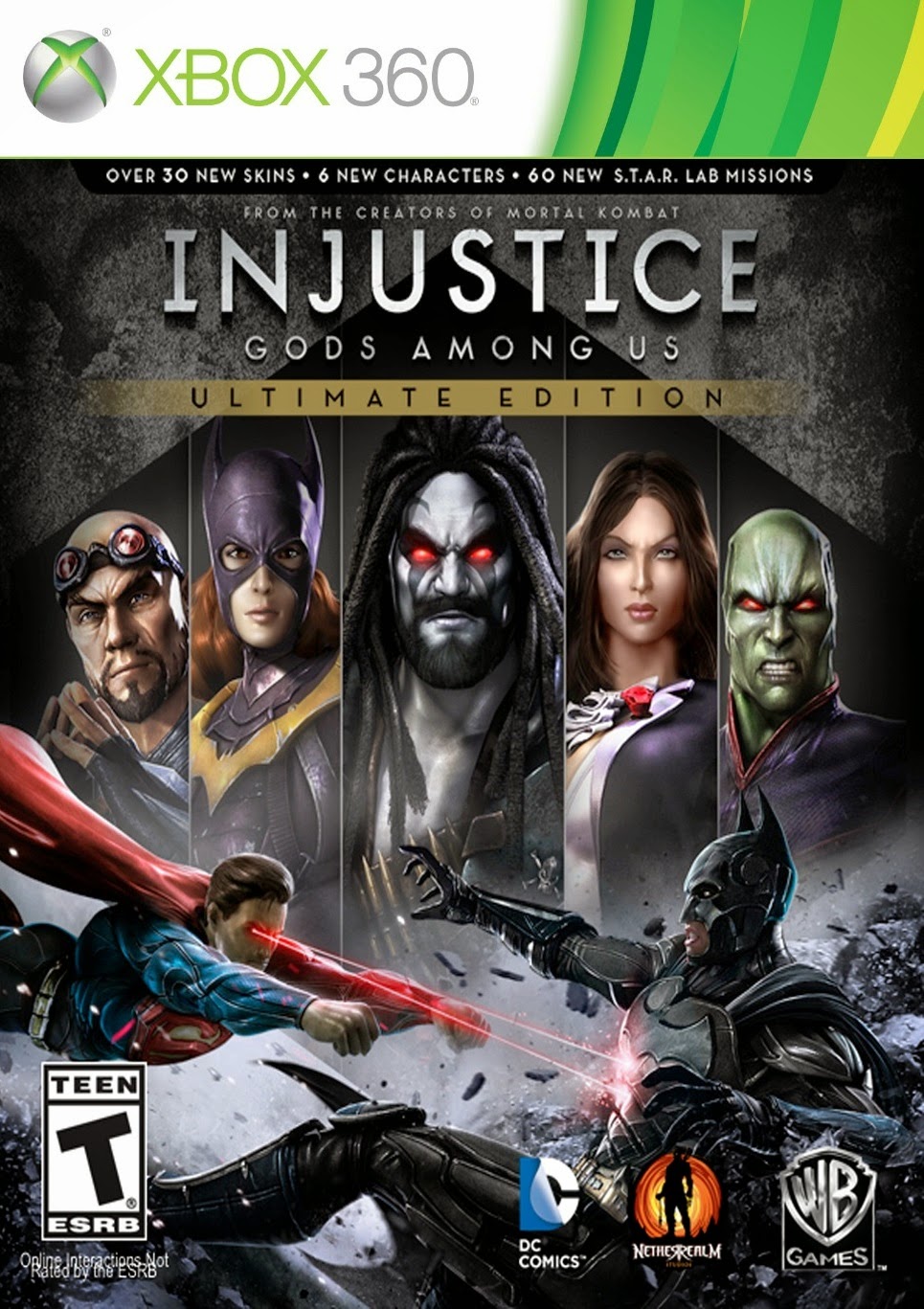 Injustice: Gods Among Us (Xbox 360) begins in the aftermath of the nuclear destruction of Metropolis by the Joker. He’s in custody, being roughed up by Batman, when Superman turns up and gets uncharacteristically rougher. Then we cut to a scene of the Justice League fighting various villains, and, if we didn’t already know, we discover at last what kind of game this is: a 2D fighter, like The Way of the Exploding Fist without the tranquil backdrops. Each chapter of story mode lets us fight a few bouts as a well-known character, as “our” JLA is thrown into the dark dimension now ruled by a dictatorial Superman.

Fighting games are not usually my bag: I can’t be bothered to stick with one combatant to learn all their moves, which makes for more variety in the short term but holds your skills back. Injustice asked way too much from my fingers – I wasn’t fast enough to pull off many of the special moves – but button mashing produces entertaining results. The main appeal of this game for me was in the variety of DC characters involved, including a decent selection of female heroes and villains. It is always pleasant to see Green Lantern pound Doomsday with a green hammer, and to be at the controls when it happens.

Drawing on the DLC that followed the original game, this Ultimate Edition adds six new characters to the roster: Lobo, Batgirl, General Zod, Martian Manhunter, Zatanna and Mortal Kombat’s Scorpion (I think Injustice is built on the architecture of the recent MK revamp). It also includes lots of special missions – mini-games in which you have to pull off certain moves or achieve special objectives, like blasting asteroids or winning a battle without being hit – and many extra skins, based on classic stories like Superman: Red Son and The Killing Joke.

It’s everything I wanted from a DC universe fighting game, and as well as being a good game it tells a good story, as reflected perhaps in the success of the tie-in comics. The return of voice actors from the DC animated universe was a treat, and though I generally skip cut scenes, those here are well done. It seems daft at first to see Harley Quinn fight Doomsday without being instantly killed, but this is explained in the story mode: a gift from the evil Superman to his lieutenants. Local multiplayer works well, allowing logged-in players to swap in and out with no problems. It’s all good fun. Grim, dark fun.
Posted by Stephen Theaker