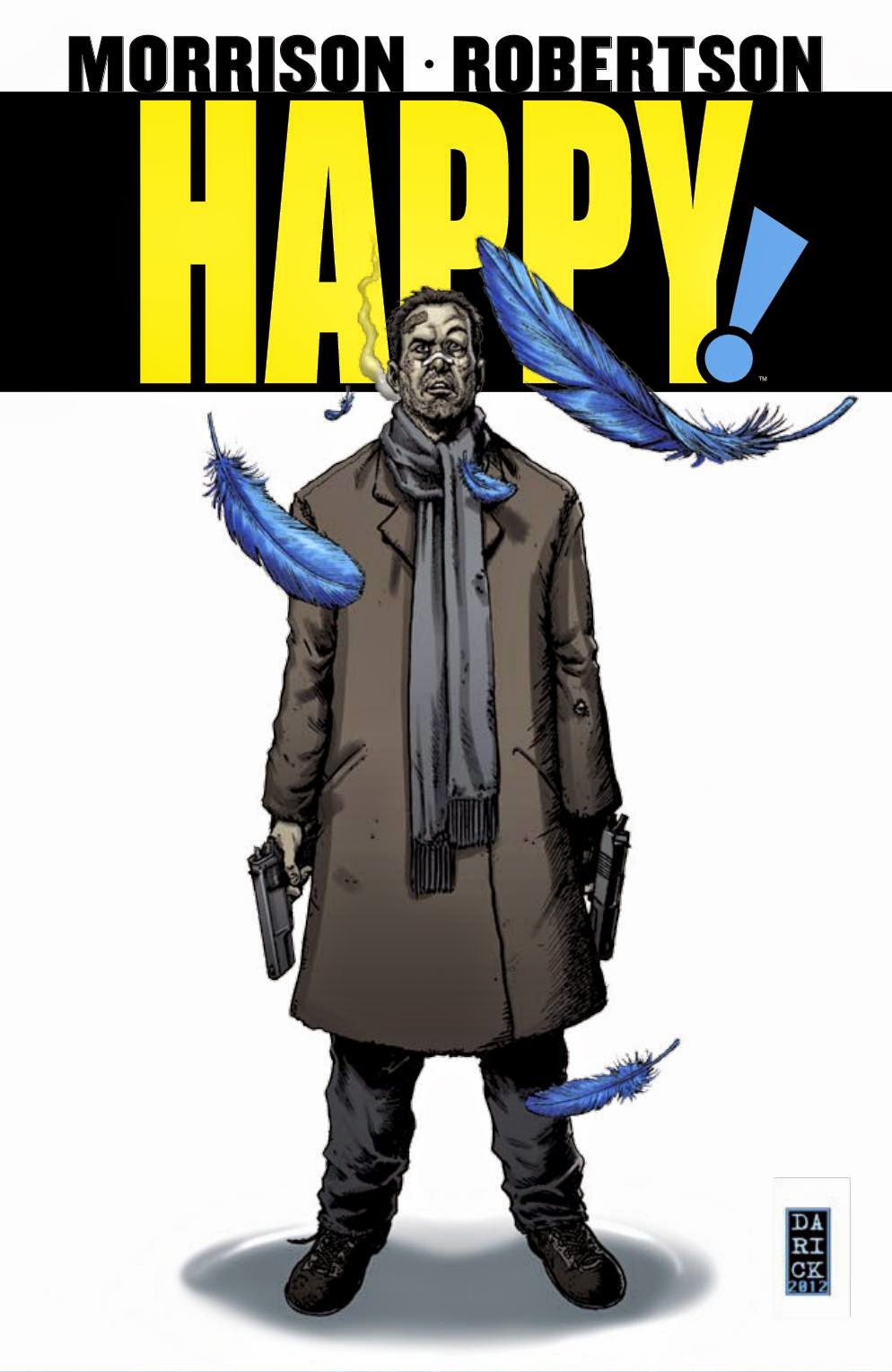 With Happy (Image, pb, 112pp) it feels Grant Morrison has taken a step into Garth Ennis territory. It’s a violent mini-series, collected here in a book. Nick Sax is an ex-cop now working as a hitman. Hired to kill the Fratelli brothers, he hires them to come and kill him, figuring it’s the easiest way to get them all in a room together. Unfortunately an extra brother tags along and Nick is shot. Badly wounded, on his way to (he thinks) hospital, he starts having visions of a chatty blue flying donkey unicorn thing. It wants him out of hospital and off saving some kidnapped children.

Darick Robertson’s artwork is good, reminding me here more than elsewhere of Phil Jimenez. By Grant Morrison’s standards this is a quick and straightforward read, a fantasy-tinged adult thriller that’d make an ideal vehicle for Nic Cage at his demented best. It wasn’t a bad book, but if it were in my power to pick Grant Morrison’s next projects, a sequel to this would be a long way down my list, below Kill Your Boyfriend and just above Skrull Kill Krew. ***
Posted by Stephen Theaker