Balancing chakras on your backside (or, your right to review stuff that isn't in your wheelhouse) 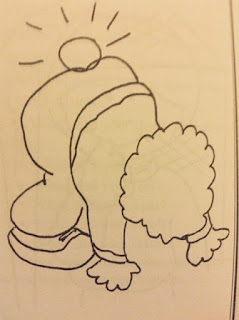 Dawn Cano's post, "Delicate Sensibilities, an Author’s Responsibility, and Common Sense", on the Ginger Nuts of Horror blog, talks about people saying in reviews of horror books that they were too gory, or sweary, or obscene, etc. For example the blog post says things like:


"If you buy a horror novel, especially one with a trigger warning written on the cover, and take offence to it, you absolutely forfeit your right to complain…"

Do you really? Surely one of the fundamental rights of the reader (even if Daniel Pennac forgot to include it in his list) is to talk about our own reactions to a book, to read the book as ourselves. Also:


"What absolutely needs to change is people leaving bad reviews based on content. When a reader gets his feelings hurt by a book, then slams it in a review, it’s not helpful to anyone, especially the author."


"don’t ruin an author’s livelihood and reputation or spoil the book for other readers just because you have delicate sensibilities."

I don't really agree with very much of the post, but especially these bits. The comments the blog is concerned with aren't calls to have books banned or anything like that, but consumer reviews on places like Amazon.

Reviews help other readers to know if they'll like a book or not, and a review that says a book was too violent for their liking will be helpful to other readers that would find it too violent as well – while alerting readers who do like violence that it might be the right book for them. The effect on the writer's career doesn't come into it. You put a book out there, it's going to get reviewed and rated by fans, casual readers and people who read it because they ran out of books on holiday.

The overall argument in the blog post comes pretty close to saying that you should only review the kind of books that you know you'll like, but I don't think that's true, and I don't think authors should be told to expect that. Fans of a genre may well find reviews from other fans of that genre more useful, and uninformed reviews can be amusing, but people can review whatever they want to.

I gave Crystals R For Kids (or Crystlas R For Kids as the spine would have it) one star on Goodreads recently. It's supposedly factual balderdash for children about using crystals to enhance their magical psychic powers. (It came into the house as a freebie with some gems one of the children wanted to buy.) The picture above is an illustration from the book, showing a boy balancing his chakras by balancing a crystal on his backside! And if you think that's stupid you should read the rest of the book.

This post suggests I was wrong to rate it because I knew in advance that I wouldn't like it. That doesn't make any sense to me. If we all did that, no one would ever read books that don't fit neatly into genre slots, and those slots would get ever smaller. As a reader and a reviewer, you have to sometimes take chances on things you might not like, and report back to other readers on what you find.

But also, in the case of Crystals R For Kids, I think I'm probably the best person to review it because fans of that nonsense will give it undeservedly high scores, despite the utter nonsense it aims to plant in children's heads. Reviews coming at a book from outside our favourite genre can defamiliarise that genre's conventions, make us think about them again.

We can chuckle at uninformed or naive reviews, but that doesn't mean they shouldn't be written, and while fans may prefer to read reviews from other fans, outsider perspectives can be valuable. Mark Kermode hated the Entourage movie, and he got a lot of flak from fans of the television show saying that he shouldn't have reviewed it, but as a fan of the show myself I welcomed his perspective, as a reminder of how objectionable I might have found some elements if I hadn't got so used to them after eight years of watching it.
Posted by Stephen Theaker