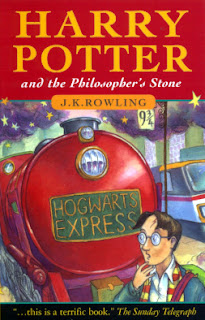 There's only one question this week.

No, of course not, don't be silly. She hasn't said a single word that is transphobic.

And it shows how far off-course the American left has gone, that it is more agitated about a feminist saying sex is real and relevant to the lives of women (which it is, obviously), than about the sexist, highly gendered abuse she receives hourly for having said it.

I've been reading the replies to her this weekend, and I imagine that this is what it would be like to watch Scientologists go after a suppressive personality in real time. It's been especially dismaying to see the homophobia and transphobia directed at the gay and trans people who agree with her.

And the replies have proved her point, that some people do regard any reference to sex as transphobic. She said biological sex is real, not what she thinks the particular policy consequences of that should be. And yet her interlocutors jumped from "sex is real" to "she hates trans people" and "she denies the existence of trans people", both of which are entirely nonsensical and, in my view, libellous.

The insistence of some Americans that trans rights must be grounded in sex denialism is sexist, dehumanising and, indeed, transphobic. We don't need to deny reality or demand that others deny reality in order to support the rights of people who wish they were the other sex to live, so far as possible, as if they were.

And if your policy position is that all male people in England and Wales, all thirty million of us, should have the unquestionable right to enter women's spaces, then you should not be surprised that women expect to get a say in that.

It's been particularly odd to see writers piling on her for saying that biological sex is real, as if this is at all controversial. And yet, when you read their books, their protagonists invariably meet strangers and can tell, somehow, whether that person is a man or a woman, a boy or a girl. Maybe there are more psychics in fiction than I realised. Or maybe they are just hypocrites.
Posted by Stephen Theaker