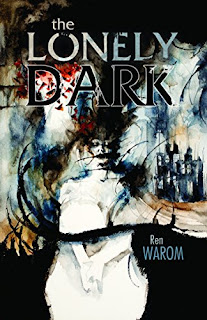 Ingmar has agreed to become one of the pilots of a new spaceship, along with a chap called Yuri. Or you could say that they have actually become the spaceships, their bodies left in suspended animation while their consciousnesses fill the ship. The reason for this arrangement is that the previous pilots, artificial intelligences, started to go mad, culminating in an incident fifteen years before where a ship ejected all its passengers into space. Ingmar and Yuri take it in turns to be conscious and in charge while the other rests.

Unfortunately, the two of them begin to have terrible, disconcerting experiences during their rest periods, where what were meant to be reassuring memories are transmuted into terrifying dreams. Since they can’t speak directly to each other in transit, they leave each other messages, so what seems at first like a spaceship adventure turns into an epistolary horror story, their isolation only heightened by their bodies lying side-by-side in suspended animation. It’s a nightmarish scenario, and the book puts the reader right in it.

I wasn’t clear on why Ingmar couldn’t speak to any staff on board the ship. Even if only caterers had been on board, they could have provided her with a welcome reality check. And the ending was a bit unsatisfying, in the sense that Ingmar didn’t seem to progress much further into the mystery than others had done before her. But to write a story of such complete interiority and keep the reader interested throughout is impressive, and it helped that Ingmar was a character with lots of interesting things on her mind. Stephen Theaker ***