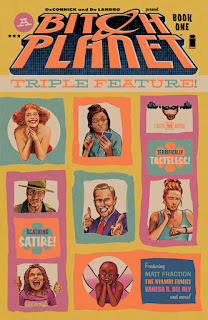 Here are my answers to the less urgent questions that the world has been asking this week. Feel free to supply your own answers in the comments!

What is a pop-culture reference you assume everyone else gets but you find yourself repeatedly having to explain? – Duncan Jones

"I know what goes where, and why" — Gene Wilder in Silver Streak.

What do you think about lower than 5-star reviews? Would you be happy with 4 stars or 3? – Ulane V.

I'm happy with one star, as long as they've read it. When your novels are as little-read as mine, you celebrate even when people are hate-reading them!

When I'm rating books myself, three stars is my default rating for a book that was good, and my most common rating by far. Four stars is for something special. Five stars for all-time favourites. Two stars for sub-par books. One star for terrible books (and sometimes that might mean well-written but morally repugnant). Or to put it another way: bad, not very good, good, very good, excellent.

I've only given one star to 27 books in my life. 435 books got five stars from me, 1574 books got four stars, 1857 books got three stars, 270 got two stars, and there are 179 books I haven't rated, usually because I worked on them, or because they weren't out yet when I marked them as read.

In general, I love star ratings. As a reader, I like them because they stop reviewers who don't like a book from dodging the most important question (is it good?) because they don't want to upset their social group.

And as a reviewer, it frees me to spend the review talking about what I liked, or what I didn't like, without worrying that I'll be misunderstood as to how good I think the book is. I once saw a chap on Twitter complaining about a book he thought I had raved about in an Interzone review, but I had just said what I liked about it. So now I'll sometimes work the words "a three-star book" into my reviews for venues that don't have star ratings, to avoid that kind of confusion. I can have lots of positive things to say about a book without thinking, overall, that it's an all-time classic.

I don't insist on other reviewers using them in TQF, though, and I don't tell the ones who do use them what scale they should use. The rating is just one aspect of the review as a whole, and if the review as a whole conveys their honest response to the work in question, I'm not fussed if they use that particular tool or not.

Buying books as gifts, reading them and then regifting 'as new' is acceptable, according to @WhichPennySmith. We're conflicted. Please advise. – Scala Radio

It's a bit like when you buy a CD for someone and receive the Amazon Auto-Rip MP3s yourself. I think it only counts as half a present…

Driftwood by Marie Brennan, about a place where what seem to be the ghosts of dead planets cluster before disappearing forever. Very good.

What are your favorite book adaptations? – NetGalley

The Thing. Dune. Lord of the Rings / The Hobbit. Starship Troopers. Blade Runner. The Godfather. The Silence of the Lambs. Bosch. The Prime of Miss Jean Brodie. I'll watch any Stephen King miniseries. I am really looking forward to Foundation. Least favourite adaptation: maybe the Riverworld tv movie? Talk about wasting a great premise.

What’s the worst movie you’ve ever seen in theaters? – Chris

I won't say any of those I walked out of, like Thunderbirds or Sweet November, because that wouldn't be fair. I didn't see them to the end and they might have improved. I asked to leave The Age of Innocence but Mrs Theaker wasn't having it. And was it as excruciatingly boring as I remember, or was that feeling caused by the two people whispering behind us and a projector problem that made my eyes ache every time the camera panned? There are lots of other things that I'm less keen on now, like Batman and Robin and Lost in Space, but I didn't hate them at the time. I think it's got to be The Nut Job, one of many, many unremarkable CGI films I watched with the children over the last decade.

If you had 6 minutes left to live, what's the last song you'd listen to? – Fred the Fish

My choice would be Time to Pretend by MGMT. It's one of my favourite songs, I'll never tire of hearing that keyboard riff, and it's always felt like an apocalyptic goodbye song to me. It's a big influence on the novels of Howard Phillips.

What's the longest amount of time past publication date you've taken to read and review a NetGalley ARC? – Roxanne Michelle

Just reviewed Kim Reaper and Archival Quality, both from March 2018. The oldest book still on my list is from 2013, Hell to Pay by Matthew Hughes. I've reviewed several of his other books, though. My worst example is Bitch Planet Triple Feature, which I think was from Edelweiss. I sat down to review it a week or two ago, and realised it had been 837 days since I read it. I'm going to read it again before trying to write a review.