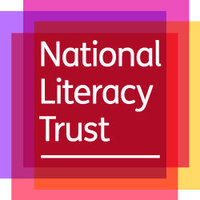 An article on The Bookseller's website is doing the rounds today, bearing the provocative headline, "Three in 10 households do not contain a book", which would be pretty bad – if it were at all true.

The figure in the headline doesn't even slightly match the findings in the Literacy Trust's report, which I think can be found here: Book ownership and its relation to reading enjoyment, attitudes, behaviour and attainment.

The first thing you'll notice is that the report is based on a questionnaire sent out to schools, and so it has nothing to say at all about all the households in which there are no children. (You might well speculate that people without children in the house get more time to read than those of us who do have the little dears around!)

On page 11, you can see Figure 5, which gives the information about whether there are books in the home. (The report at this stage does warn you, by the way, that "the accuracy of these figures should be taken with a pinch of salt".)

Here we learn that of those 30% of children surveyed who didn't own books themselves, only 9.4% live in houses without any books at all. That is, I think, only 2.82% of all kids.

We also learn, weirdly, that of the 70% of children surveyed who did own books themselves, 0.06% lived in houses where there were no books at all (they must keep their books at Grandma's!). That makes another 0.04% of all children, I think.

I'm not terribly good with stats, but I make that a total of only 2.86% of all children living in households without books. About 1 in 35 households, rather than 3 in 10.

2.86% is bad enough, of course, but not quite as chilling as the 30% suggested by the Bookseller's careless article…
Posted by Stephen Theaker

Email ThisBlogThis!Share to TwitterShare to FacebookShare to Pinterest
Labels: Publishing