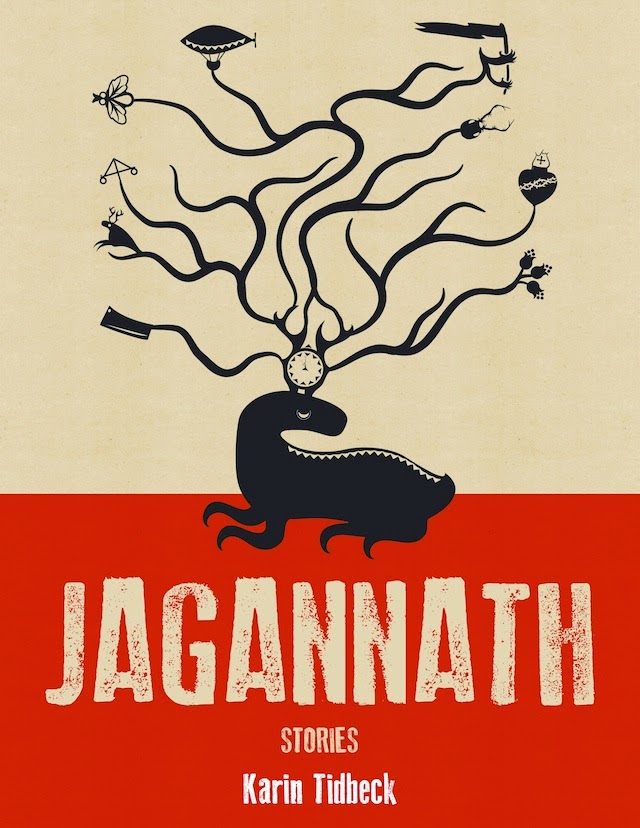 Karin Tidbeck is a Swedish writer who, frustrated by a lack of local opportunities, began a few years ago [before this review was originally published] to translate her own work into English, leading to appearances in Weird Tales and other US magazines. A previous Swedish collection – Vem är Arvid Pekon? – included all but four of these fourteen stories, but this is her first book in English. There are many points of similarity here with Ekaterina Sedia’s similarly strong collection, Moscow But Dreaming. Both write stories set in parts of the world and featuring legends and character types not yet reduced to cliché by English and American writers, stories that can be rather miserable, about ground-down people and the difficulty of finding love and support in a heartless world; both are part of a tradition of fantasy that takes in Kafka but sidesteps Tolkien.

While Moscow But Dreaming tends to focus on the women being damaged, Tidbeck’s collection is interested in the effects of their absence. Some characters never even met the person they needed. “Arvid Pekon”, for example, who spends his nights alone and works among telephone operators who frustrate the public for unknown purposes, or “Herr Cederberg”, hurt by the casual cruelty of other people – when people spoke of him, “the most common simile was pig, followed by panda, koala, and bumblebee, in no particular order” – and tries to fly away from it all. “I might have gone mad,” Pekon tells his terminal after losing control of his behaviour: that’s a sentiment shared by many of Tidbeck’s characters. The protagonist of “Beatrice” seems equally sympathetic at first, falling in love with an airship. Unfortunately she has been sold, and he settles for Beatrice II. By a landlord’s accident they come to share a warehouse with Anna Goldberg, a printer’s assistant in love with a semi-portable steam engine. This all seems cute and quirky, but an unexpected ending resets the reader’s expectations for the rest of the book.

Beatrice is not the last female lost in these stories: wives, mothers, friends, and in “Reindeer Mountain” a sister: “Cilla was twelve years old the summer Sara put on her great-grandmother’s wedding dress and disappeared up the mountain.” The loss, strangeness and confusion in that sentence give a good sense of the book as a whole. “Some Letters for Ove Lindstrom” are written by a daughter after his drunken, lonely death, his life ruined by his fey wife’s disappearance from the commune in which they lived. “Rebecka” is a friend lost first to pain and then to divine judgment; it begins with her outline scorched against a wall, “arms outstretched as if to embrace someone”. God exists, but let a horrific attack last three days before interceding. The “Aunts” are three immense women fattened by Nieces until their grotesque bodies are ready to produce the next generation. As so often here, an interesting idea is pushed that little bit further, showing how the Nieces try to cope when the Aunts fail to reproduce, reflecting our own efforts to deal with tragedy and bereavement.

Like “Aunts”, many stories have the feel of dark fantasy but can be read as science fiction. One such is “Brita’s Holiday Village”, where the narrator stays in a resort unchanged since the seventies. In May, “white, plum-sized pupas hang clustered under the eaves” of the bungalows, and in June she dreams of distant relatives who stay in the cottages and hold increasingly odd summer parties. “Pyret” takes the form of an academic article, presenting evidence that this mythical mimic is not “a cryptid but a real being”. After examining historical accounts of the creatures, including, most eerily, the Sjungpastorn, who held mass and sang a wordless song to isolated churchgoers, the writer comes to worrying conclusions. Title story “Jagannath” is the last in the book, the second longest (albeit at just eleven pages), and the most straightforwardly science-fictional, in which the much-altered survivors of a great disaster live and work inside Mother – but she can’t survive forever. She’s the last and most important lost woman of the book.

Ann and Jeff VanderMeer are highly respected editors, and their first publication as proprietors of Cheeky Frawg is sure-footed, from the intriguing cover onwards. The print edition is handsome, the ebook perfectly set up (rarer than it should be, even with major publishers), the introduction ideal, the author’s afterword fascinating. The print version is perhaps slim for its price, so the cheaper ebook may prove attractive for UK readers, but the stories are so intensely emotional that you wouldn’t necessarily want it to be any longer. I spent much of my last holiday reading the much shorter books in the Penguin Mini Moderns series: Barthelme, Calvino, Petrushevskaya, Borges, Jackson, and so on. The remarkable stories of Jagannath (Cheeky Frawg Books pb, 160pp) would be perfectly at home in that company.

After a bit of editing, this review appeared in Interzone #244, back in 2013.
Posted by Stephen Theaker

We will be open to submissions for TQF72 during July 2021. Guidelines and submission periods here!
We've updated our download links so they should be working again. If you have any trouble try our Publications page.