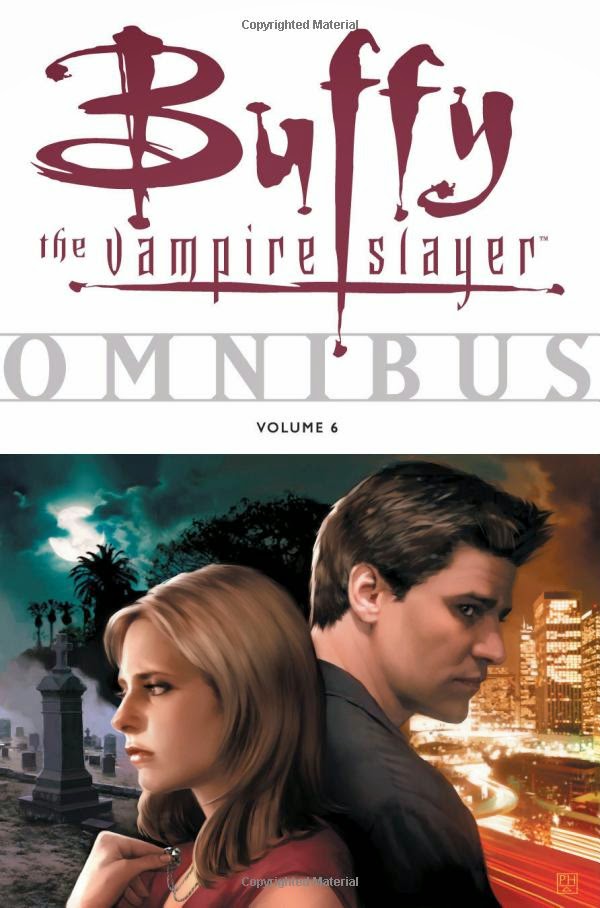 The seven volumes in this series look very smart lined up on my bookcase, but that made me forget that I hadn’t yet read Buffy the Vampire Slayer Omnibus, Vol. 6 (Dark Horse, tpb, c.400pp) (or its sequel), so I’ve put that right with great pleasure. Taken as a set, the seven omnibus volumes make a fantastic companion to the television programme, especially since their contents have been arranged in chronological order. The stories in these issues come from around the time that the Initiative was in town, so Buffy is dating Riley, Spike has a chip in his head, Willow is exploring witchcraft and romance with Tara, and Xander is with Anya. On television that felt like a sad time in the characters’ lives, even if they were all falling in love, because Buffy, Xander, Willow and Giles, the original gang of four, were drifting apart, and frequently unhappy with each other. That made perfect sense in the show, but it’s nice that here in the comics everyone is still good and chummy. The writers include Christopher Golden, Tom Fassbender, Amber Benson and Jane Espenson. It’s odd that the kind of three-issue stories that seemed trivial when gathered together in flimsy graphic novels of under a hundred pages are satisfyingly substantial when run together as big, long stories in these books. It helps that this volume comes from the later, better period of the comic. The art, mostly by Cliff Richards, is good to great, the dialogue funny, the plots, well, maybe not brilliant but in the right enough ballpark that it felt authentically like Buffy.  ***
Posted by Stephen Theaker