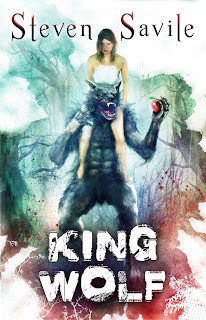 A collection of three short stories, written years apart from each other, but sharing a common link. “The Fragrance of You” is about an illustrator, Jon Sieber, who falls in love with the daughter of the writer Hoke Berglund, author of such strange works as Princess Scapegoat, The Forgetting Wood and Angel Home, after meeting her at the old man’s funeral. As his feelings for her deepens, he becomes increasingly bothered by her habit of sneaking out in the middle of the night. Eventually he makes the mistake of following her… “All That Remains Is You” then takes us back to meet the writer Hoke Berglund when he was still alive, and preparing to pitch his second book to a publisher. It’s a book that deals with the loss of his wife, the birth of his daughter, and his own institutionalisation – not exactly the stuff of a licensing extravaganza, but the hype machine is up and running before Hoke even steps into his publisher’s office. On his way in he is stopped by an older man who begs him not to publish the book, for the sake of his daughter. But in the meeting he “signed what they wanted him to sign and walked out feeling uncomfortably like Marlowe’s Dr. Faustus”. The third story, “Remembering You, Forgetting Me”, was written a decade later and appears for the first time in this book. We return to Jon Sieber, attending something like an alcoholics anonymous meeting, having drunk himself silly for seven years after the events of “The Fragrance of You”. He tells them what he found hidden in the last seven interviews of Hoke Berglund: a terrible accusation… The book ends with an afterword placing the stories in the context of the actual author’s own life, not normally something I enjoy, but it seems appropriate in this case, after reading a set of stories that are, in my view, all about the relationship between the author, and his or her characters, and the reader. The book shows us Mr. Self Affliction, a disgusting creature who pours his words into others so that they can speak as if human; a self-lacerating view of a writer’s job, though perhaps balanced by the in-joke of having a character wonder if their story was being “written around me by the master storyteller”. Writers create fake people, and by the magic of literature we fall in love with them, or at least feel for them, as Savile makes us do here so brilliantly. ****
Posted by Stephen Theaker