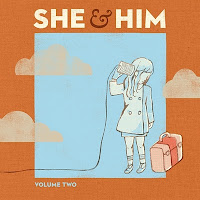 The return of a beloved feature from our old website! I like listening to music while I work, but have tended to find PC music players too distracting (too much temptation to skip to a favourite track, or to another album, or to read their built-in music encyclopaedias...), so I rely on a five-CD changer stereo which I load up and leave to play. And every so often on our old website I used to run through the CDs that were currently at home in there.

I’d like to review more music on the blog; one reason I don’t is because it’s so hard to choose the right moment in my relationship with an album. I considered many of my favourite albums washouts after the first time I heard them: Mogwai’s Go On Die Young, Tricky’s Maxinquaye, M83’s Dead Cities, Red Seas and Lost Ghosts, and so on. Having a regular round-up prompts me to write a bit about music without worrying about that too much.

Since cancelling Spotify premium (it seemed silly to pay for it since I was only using it to listen to albums I already owned) I’ve been making an effort to buy a couple of new CDs each month with the money saved, so there’s more new stuff here than is normal.

She & Him are Zooey Deschanel and M. Ward. She writes the songs and plays piano, he produces and plays guitar. I loved their first album, and this one’s just as good, if not a bit better. Sweet but smart. Here’s an example. I just adore her voice – if you haven’t heard either of these albums, perhaps you remember her singing Baby It’s Cold Outside with Will Ferrell in Elf? Her sitcom The New Girl is supposed to be very good; her geeky character apparently breaks into silly songs all the time. We're really looking forward to it.

Probably going to review this one for the media section of the next BFS Journal, so I won’t say too much here. One of those albums that I like a little bit more than I want to, but not as much as I thought I might. I doubt it’ll last long in the five.

I bought this after reading this Guardian article about them. It’s techno music, essentially, quite similar to an instrumental Underworld, but played on traditional musical instruments rather than computers and synths. The description reminded me of one of my old favourites, Possessed, The Balanescu Quartet's superb album of Kraftwerk covers. You Make Me Real is definitely a good album, and makes a brilliant soundtrack to the working day, but too early yet to say whether it'll be a long-term favourite. It makes you want to go on a long train journey alone so that you can listen to it while staring mournfully out of the window. Track 2 Bop is quite typical and has an excellent video.

The newest - to me - album on here - I bought this a couple of days ago, and it’s way too early to have an opinion about it. Listening to Dead Cities for, what, the fiftieth time this year? and reading an article about M83’s forthcoming new album, I wondered why I hadn’t kept up with their releases, and got this one. Seems good so far...

Remixes of Daft Punk’s soundtrack by people like Moby, Photek and the Japanese Popstars. Have to admit, I bought this because I’ve lost the CD of the original soundtrack and it seemed silly to buy the same CD again. I hadn’t even ripped it to the PC! I’m sure it’ll turn up eventually (still got the case). There are a few tracks on here that I really love - M83’s take on Delta Fall, The Crystal Method’s The Grid, and Teddybears’ Adagio for Tron, for example - but after a strong start it tails off a bit. I saw Tron: Legacy for the first time this month on Sky and loved it, to the extent that I bought the Blu-ray the very next day. As a film maybe it’s flawed, but I reckon it’s the best music video of all time.
Posted by Stephen Theaker