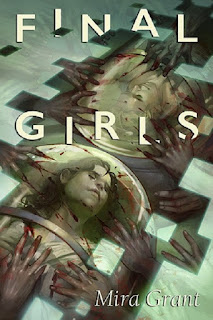 Virtual reality horror scenarios are being used to heal family wounds. Sisters like Kim and Diane go in hating each other, and their relationships are reforged in the fire of being hunted by by a serial killer. A journalist, Esther Hoffman, comes to investigate the process, concerned by the power of such false memories, a deeply personal concern because of what happened to her father when she was young. Unfortunately her visit coincides with that of an industrial spy and so her trip into virtual reality becomes even more horrific than expected. It’s a good novella that explores the interplay between memories and emotions and relationships and asks whether, if we could tweak those things to make them better, we should. The horror scenes are frightening enough to convince the reader that going through them would have the claimed effect. ****
Posted by Stephen Theaker